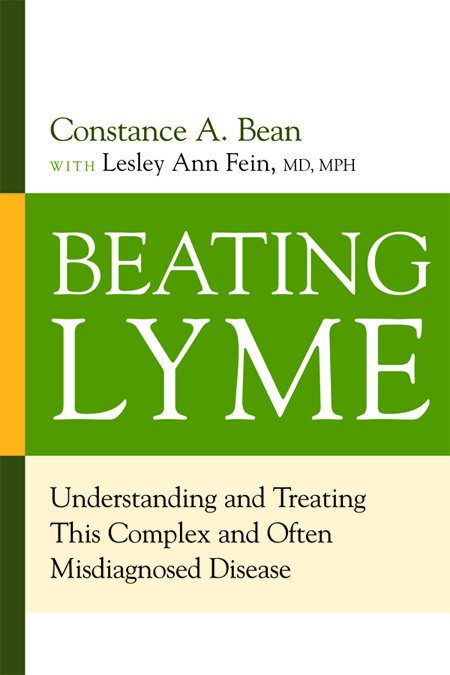 In Beating Lyme, Constance Bean, health writer and former coordinator of health education at MIT, and Leslie Ann Fein, medical director for the Pennsylvania Lyme Disease Society, endeavor to provide insight and information on the history, diagnosis, and treatment of this disease. Unfortunately, in this reader’s opinion, much of what is presented — especially with respect to “chronic Lyme disease” as a persistent infection — is biased and not evidence based.

Despite the ability of conventional antibiotics to resolve early Lyme disease, a small number of patients experience posttreatment symptoms (e.g., fatigue, neurocognitive disorders, and musculoskeletal pain), generally referred to as chronic Lyme disease. Some practitioners believe these individuals have a persistent infection of Borrelia burgdorferi (the causative agent of Lyme disease), requiring long-term antibiotic treatment to cure. However, the NIH spent over $8 million on 4 randomized, double-blind, placebo-controlled clinical trials on the efficacy of prolonged antibiotic therapy for chronic Lyme disease (1–4). These trials documented that patients presenting with symptoms attributed to chronic Lyme disease had very real health impairments but derived no significant benefit from prolonged antibiotic therapy when compared with placebo, and they provided no evidence that chronic Lyme disease is due to persistent infection by B. burgdorferi or a coinfecting agent (1).

In Beating Lyme, the authors ignore the criteria of Koch’s postulates on the relationship between a disease and its causative organism; there is no evidence that chronic Lyme disease is due to a persistent infection, nor can it be defined as a distinct clinical entity and distinguished from other conditions with similar symptoms, e.g., chronic fatigue syndrome and fibromyalgia. Under such conditions, how can one justify any specific treatment, including antibiotic therapy? Instead, the authors ask the reader to accept a clinical diagnosis “that requires recognizing that a cluster of unexplained, apparently unrelated symptoms [no less than 38 are listed] is characteristic of Lyme disease” and that “the results of standard diagnostic tests are generally negative.” Since there are no published data from other placebo-controlled clinical studies to refute the results of the NIH-funded trials, it is time to abandon this unproven — and potentially harmful — therapeutic approach and consider other therapeutic possibilities.

What is needed is an integrated and multifaceted study of the nature and cause(s) of the diverse symptoms associated with chronic Lyme disease, chronic fatigue syndrome, and fibromyalgia; the latter two also occur with varying degrees of severity and symptomatology. In this context, the results of a small pilot clinical trial showed that treatment with gabapentin, a drug commonly used to treat epilepsy and neuropathic pain, alleviated the pain of chronic Lyme disease in 9 of 10 patients (5). Although this approach requires much more study, the FDA recently approved the use of pregabalin (a related drug) for the treatment of fibromyalgia. Other therapeutic possibilities are suggested from the unanticipated beneficial effects (e.g., antiinflammatory properties) of some antibiotics that are unrelated to their antimicrobial properties. For example, ceftriaxone, which is often used to treat chronic Lyme disease, has profound neuroprotective effects (6, 7). Although not yet documented in controlled trials, such effects could ameliorate neurological symptoms, and some investigators are even contemplating clinical trials to determine whether ceftriaxone might be beneficial in treating patients with neurodegenerative diseases such as MS or amyotrophic lateral sclerosis. Perhaps these pharmacological effects, rather than elimination of a presumed persistent infection, might account for the short-lived benefits sometimes noted when antibiotics are used to treat chronic Lyme disease. If so, perhaps drugs other than antibiotics might be more suitable and effective for that purpose.

I agree with the authors that improved diagnosis and prompt antibiotic therapy offer the best chance for success in curing early acute Lyme disease and avoiding further complications. However, with respect to chronic Lyme disease, it is time to discard the notion that it is due to a persistent infection and begin to examine other possibilities. Surely we owe at least that much to these patients.