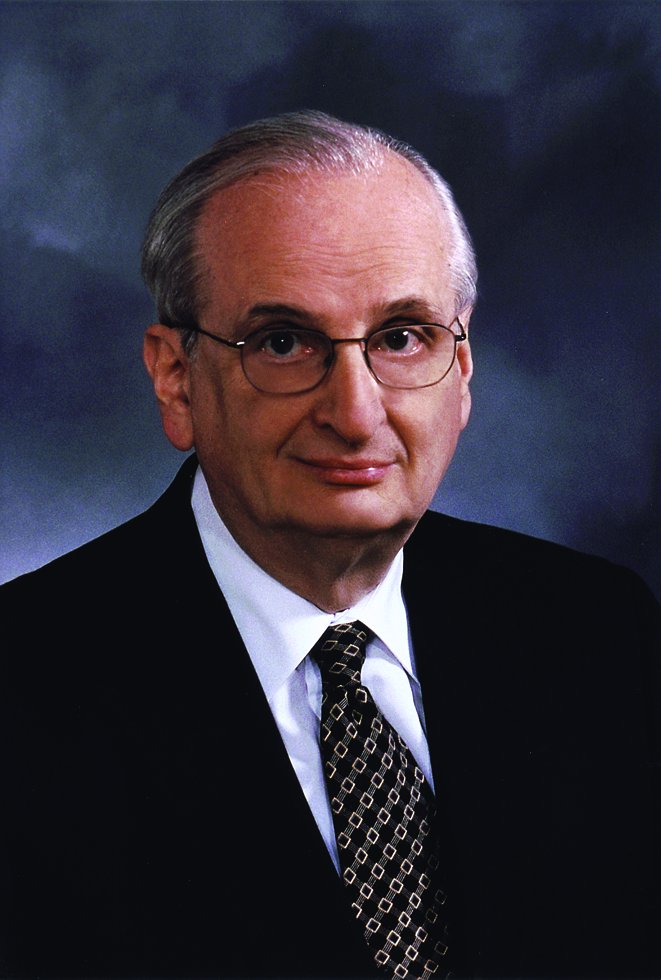 When Judah Folkman passed away on January 14, 2008, at the age of 74, the entire medical community suffered a major loss. Known widely as the founder of the field of angiogenesis research, he was a caring physician, a brilliant scholar, an inspiring teacher, and a true gentleman.

Talented and passionate about medicine at a young age, Judah graduated from Harvard Medical School and went on to specialize in surgery at the Massachusetts General Hospital. After a two-year research career in the Navy, he returned to practice in Boston. His brilliance was quickly recognized, and he was named Julia Dyckman Andrus Professor of Surgery at Harvard Medical School and the Surgeon-in-Chief at Children’s Hospital in Boston at the age of 34. From this clinical base, he went on to develop an extraordinary research career and directed the Vascular Biology Program at Children’s, where he remained a beloved member until his untimely death this year.

I first became interested in Judah’s work after reading his angiogenesis paper in Scientific American in 1976. But it was not until the fall of 1983, when I was on a sabbatical leave at MIT, that I had my first opportunity to meet him in person. Even though he did not know me, he accepted my invitation to give a lecture in the seminar course in tumor pathophysiology I was teaching at MIT. At that lecture, he presented his work on antiangiogenic treatment of cancer using heparin and cortisone, which was about to be published in Science. The students and I so enjoyed his lecture — not only his findings, but also his perspective on the human aspect of doing the science. I admired his brilliance, warmth, and humanity, and my admiration for him only continued to grow.

In 1991, I invited him again to give a lecture in my annual course on tumor microcirculation, this time at Harvard. He immediately accepted and offered to give not one but three lectures, which he continued to do for the next 16 years. As the first speaker in the four-day course, he mesmerized us all with his lectures. His presentations were peppered with personal vignettes and stories of his scientific journey. He talked about his early days in medicine, when his work led to the development of the first pacemaker and the first polymeric device to release drugs; how his work in the Navy in the 1960s on thyroid perfusion led him to realize the critical role of angiogenesis in tumor growth; and how all these findings led him to propose the widely known antiangiogenesis hypothesis, first articulated in his 1971 New England Journal of Medicine article. This led to the development of various bioassays to test the hypothesis, purification of the first angiogenic growth factor and the first endogenous antiangiogenic growth factor, the concept of antiangiogenic chemotherapy, the concept of cancer without disease, the search for biomarkers of angiogenesis, and the concept of angiogenesis as an organizing principle in biology and medicine. His eyes lit up when he talked about the translation of his concept into successful treatment of a number of malignant and nonmalignant diseases, including hemangiomas, multiple myeloma, colorectal cancer, lung cancer, and macular degeneration. He felt gratified when he showed the number of antiangiogenic drugs that have been approved in many countries, the number of patients who have already received these drugs worldwide, and the ever-increasing number of clinical trials, which would lead to more new drugs and more patients benefiting from his concept.

He spoke with compassion about individual patients he had known and gave a very personal history of the evolution of his thoughts on cancer. He brought a ready wit and humor to the room and carefully answered every question the students asked, no matter how long it would take. Not only was he interested in what the students thought about the material, but he was also keen to hear what new ideas they might have. The students — and I — were spellbound by his presence and charisma.

Collaborating with Judah in the tumor microcirculation course and subsequently at various symposia and scientific meetings, including the Gordon Conference and the Forbeck Foundation meeting, allowed me to experience him in a wide variety of settings and with a wide variety of people. He was always open to new ideas and had an uncanny ability to connect concepts from disparate fields. His love for his work often led him to sit through other presentations, after which he would unfailingly compliment the speaker on his or her presentation, then ask incisive questions. When discussions revealed a difference of approach or a critique of his work, he listened carefully and then inevitably included this point of view in his next presentation. Judah never wavered in his wide-ranging intellect, his contagious enthusiasm for medical science, his enormous optimism, his kindness to others, and his warmth.

Judah was equally passionate about his family. He spoke fondly of his wife, Paula, and his two daughters and granddaughter both in private and in his lectures. Anyone who attended Judah’s lecture in the past several years witnessed him end his presentation with a very sweet story about his granddaughter, Hannah. One fond memory I have is attending a concert at Tanglewood, where Paula was singing with the Tanglewood Festival Chorus. There was Judah in the front row at intermission, hard at work correcting the latest of his many galley proofs, making use of every moment.

He was larger than life. He was a legend in his own lifetime. He was an inspiration to us all.