Four clinical situations in which Nav1.7 channel activity is altered. 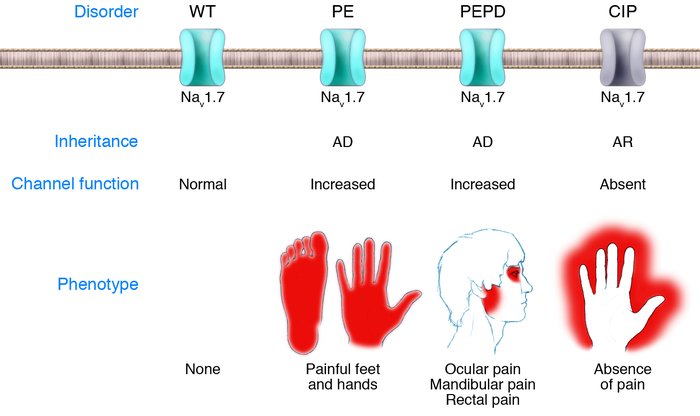 PE and PEPD are autosomal dominant (AD) conditions, while CIP is inherited via an autosomal recessive (AR) trait. The mutations of the Nav1.7 channel grossly dictate that there is a gain of function (increased channel activity) in PE and PEPD, while Nav1.7 channel function is lost (absent) in CIP. The resultant phenotype is reflected in the lower row. In humans, the Nav1.7 mutations result in pain in the feet and hands (in PE) or ocular, mandibular, and/or rectal pain (in PEPD). In CIP, there is a loss of Nav1.7 channel function, resulting in an inability to register pain.