Red feet and lower legs in a patient with primary erythermalgia. 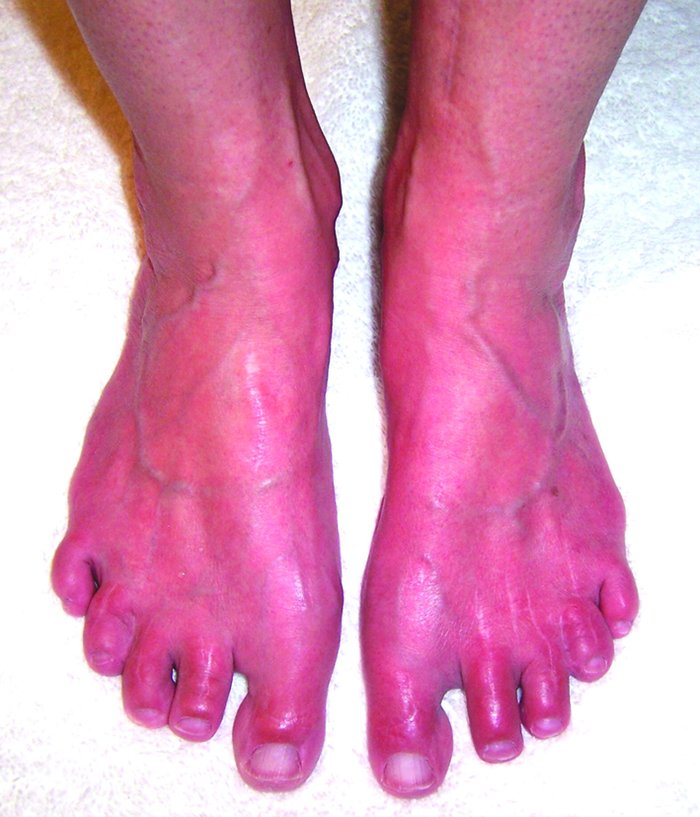 Image courtesy of The Erythromelalgia Association.