Mutations in the sodium-channel subunit Nav1.7 that are associated with the genetic pain disorders PE, PEPD, and CIP. 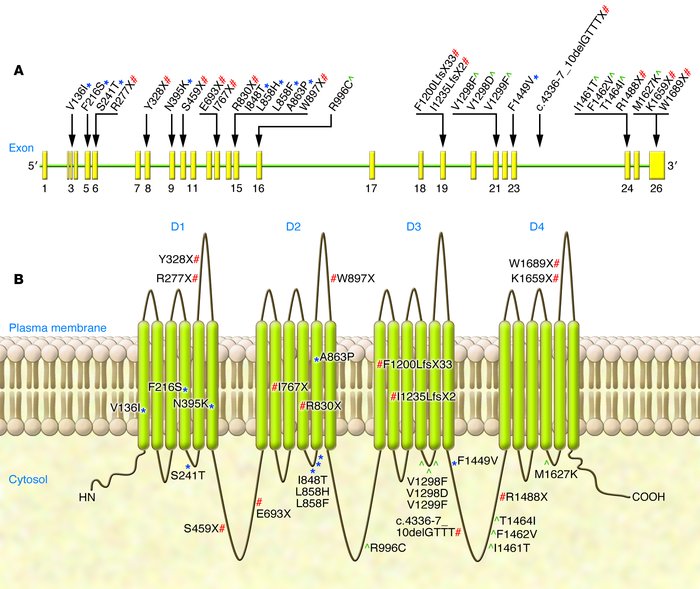 () Nav1.7 is encoded by the 113.5-kb gene , comprising 26 coding exons. The identity and location of known patient mutations in Nav1.7 that have been linked to PE (*), PEPD (^), and CIP (#) are shown. Note that the mutations are spread over the entire gene sequence; however, mutations linked to PEPD tend to be located closer to the 3′ end of the gene. () A schematic of the Nav1.7 sodium-channel subunit showing the 4 domains (D1–D4), each with 6 transmembrane segments. Locations of known mutations associated with genetic pain disorders PE, PEPD, and CIP are shown. COOH indicates the C-terminus of the peptide chain. HN indicates the N-terminus of the peptide chain.