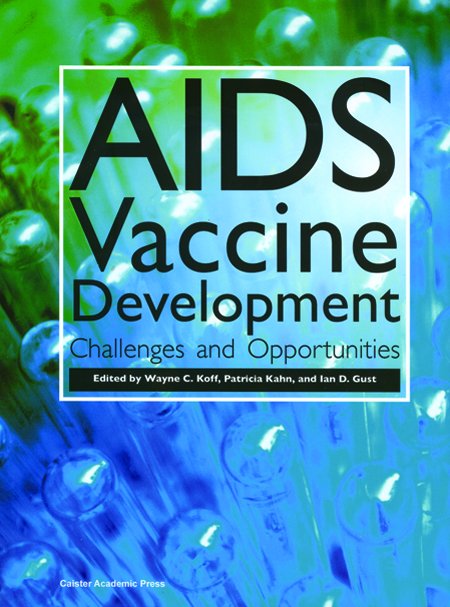 Vaccines rank as one of mankind’s greatest success stories in reducing mortality and suffering — vaccination has saved millions of lives from what were once common scourges such as smallpox, polio, and measles. Indeed our success during the twentieth century in controlling microbial infection by vaccination, antibiotics, and antivirals made us perhaps a little arrogant: we began to think that no microbe need ever be a long-term threat to our health, safety, and existence. How wrong we were. We now not only face increasing antibiotic resistance in bacteria and inefficacy in many of our antiviral therapies as a result of viral mutation, but have also learned the hard way that making a vaccine against HIV infection is one of the most important yet difficult challenges of the twenty-first century. Recent events have seen the creation of a global HIV vaccine enterprise, in which researchers collaborate with each other, with NGOs, and with industry to develop HIV vaccines in the most coordinated and efficient manner.

AIDS vaccine development: challenges and opportunities, edited by Koff, Kahn, and Gust, reflects this spirit of increased global awareness, cooperation, and funding. Efforts are generally no longer limited by lack of resources but by our still inadequate understanding of how to make a vaccine against a pathogen that, unlike other microbes against which successful vaccines have been developed, cannot be defeated by the immune system during natural infection. A concise but hard-hitting foreword by Seth Berkeley of the International AIDS Vaccine Initiative (IAVI) is followed by an overview of the scope of the book. Opuni et al. set the scene with a snapshot of the pandemic and some horrifying predictions of its potential for spread in the absence of a vaccine. In Part II, the requirements of a theoretical prophylactic vaccine are put into the context of how the virus is transmitted and establishes an infection in a new host and how the host responds with antiviral immunity. Wong and Siliciano nicely describe our rapidly evolving understanding of early events in infection, including recent models for transmission and rapid viral dissemination in mucosal tissues. Part III contains a series of excellent articles that elucidate the problems we face in designing an AIDS vaccine and the approaches being taken to do so. Many of these articles are from world leaders in their respective fields and represent the state of the art in vaccine design. Of particular interest is the chapter by Rosenthal, who highlights key concepts of targeting vaccination to mucosae and the fundamental importance of appropriate adjuvant design and application, an exploding field in vaccinology. The massive variability of HIV is generally considered to be its most effective immune evasion weapon and thus the greatest challenge to vaccine design. This issue, although beautifully presented and discussed by Korber et al., remains essentially unresolved. Part IV relates to a less glamorous but necessary step in vaccine development — that of testing candidate immunogens in human populations. Anyone who has not been involved in the setting up of clinical trials for vaccine testing will be fascinated and alarmed by the complexity of the process outlined here. The first phase III HIV vaccine trials showed no efficacy, but they have at least taught us lessons about how to proceed in subsequent trials. This is just as well, since the “vaccine pipeline” described by Esparza and Russell is full and we will need very good filters and vast resources to take even a few of these candidates into efficacy trials. Part V concerns the regulatory, manufacturing, and deployment hurdles that will need to be jumped before a vaccine candidate can be rolled out for global use. The final chapter, by Anderson and Plotkin, concerns an issue we will most likely have to face, that of dealing with the consequences of a partially effective vaccine. In this respect it rejoins modeling by Goudsmit et al. in Chapter 4, and the predictions are guardedly optimistic. Even a relatively ineffective vaccine may have benefits in terms of reducing AIDS mortality and HIV transmission.

The book’s principal strength is its coherence in bringing together a range of disciplines that address the questions and problems raised in HIV vaccine research. The only overt weaknesses that I identified were the inevitable overlap between themes, which led to occasional repetition, and the lack of a section on fundamental vaccine immunology, which would have laid out current and future concepts that will form the basis of tomorrow’s vaccine research and development. The literature is full of recent reviews on HIV vaccine research and development, but all focus on specialized areas of knowledge. Here, these are brought together in one comprehensive volume that is essential reading for a wide variety of audiences interested not only in HIV and AIDS but also in vaccine research, development, and deployment in general. Even if it takes a decade or more to develop a vaccine against HIV, the benefits of the knowledge gained, as represented in this book, will be immense for vaccines against other infectious diseases, and possibly also cancer.