A little stress is good: IFN-γ, demyelination, and multiple sclerosis

A little stress is good: IFN-γ, demyelination, and multiple sclerosis

The exact role(s) of the cytokine IFN-γ in the demyelinating disease multiple sclerosis remain controversial, with evidence suggesting both detrimental and protective effects of the cytokine in MS and MS models such as EAE. The study by Lin and coworkers in this issue of the JCI produces evidence that protective effects of IFN-γ on mature oligodendrocytes during EAE induction are mediated via activation of the pancreatic ER kinase (PERK), resulting in induction of the endoplasmic reticular stress response pathway (see the related article beginning on page 448). Modulation of this stress pathway has what we believe to be novel therapeutic potential for MS.

A model of the differential responses to IFN-γ of ODCs during their differentiation. 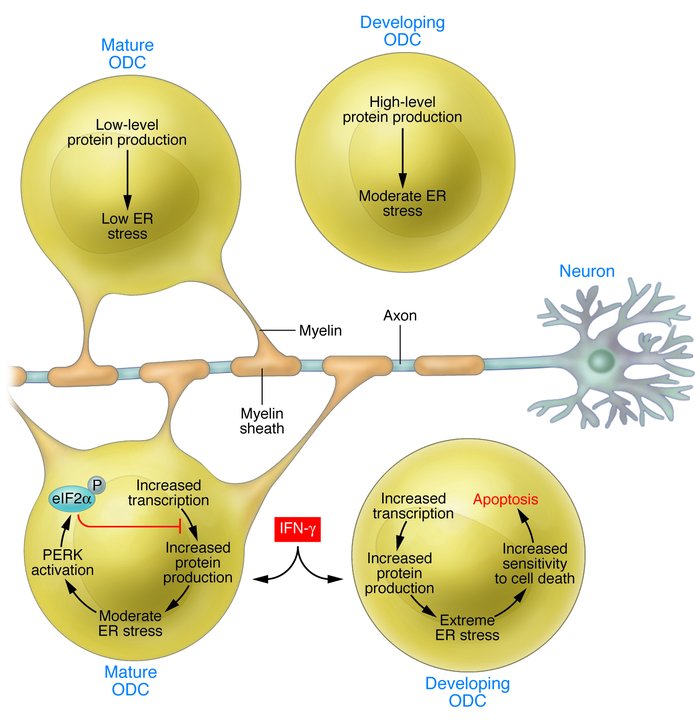