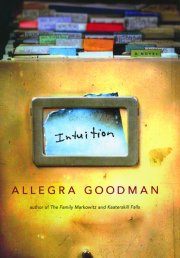 After writing my last editorial on scientific misconduct (1), a colleague recommended that I read the recently published piece of fiction Intuition by Allegra Goodman, as it is a tale of whistle-blowing and its repercussions in a biomedical research lab. The book was written for the public at large and not, like most books we review in the JCI, specifically for a scientific audience. Despite that fact, I think many JCI readers will find the book interesting, if not a little trite and predictable.

Intuition is a story about a case of potential scientific misconduct. To frame the story, a romance has blossomed among the petri dishes of the Philpott Institute in Cambridge, Massachusetts. Robin, the hard-working, senior postdoc in the Mendelssohn-Glass tumor biology lab, has been relegated to a boring, dead-end project profiling frozen tissue samples from cancer patients. Robin’s younger, hotshot paramour in the lab, Cliff, starts to have some breakthrough results using modified respiratory syncytial virus (RSV) to transform cancer cells into normal cells. The author does well in painting a picture of the competitive nature of a lab romance.

Moving on, one winter morning when all hope for funding seems gone, Marion Mendelssohn, the primary investigator in the lab, joins a lab technician in the animal facility, where they discover that Cliff’s last round of experiments with “R-7,” a mutated RSV, actually melted away the existing tumors in nude mice. Jubilation follows, a Nature paper is prepared and published, and Sandy Glass, the fast- and smooth-talking clinician counterpart to Mendelssohn, trumpets a new world order and the potential cure for cancer. Cliff’s star rises, and his postdoc coworker in the lab is featured in a profile in People magazine.

As Cliff’s ego swells and Robin flounders at the bench, their relationship sours, but an obsession develops. The author adds a number of red herrings to throw a cloud of suspicion onto Cliff’s results but in the end portrays him as an eager and earnest go-getter with an explanation for everything. Robin, however, becomes unwavering in her belief that something nefarious is afoot and even leaves a wedding in a bridesmaid dress to run back to the lab to find proof that Cliff left out several animals from his analysis and concealed contrary evidence. Mendelssohn and Glass are appalled that Robin would make such accusations but agree to a melodramatic internal investigation, and even to a congressional one (what?!). In the end, everyone is absolved, though Robin has become a scientific pariah and few can replicate Cliff’s original findings.

A prize-winning fiction writer, Goodman is not a scientist, though she is a wife, daughter, and sister to them and spent many hours speaking with and observing scientists at the Whitehead Institute in Cambridge, Massachusetts, and elsewhere. The time spent observing scientists served her well, as she is able to capture the nuances of laboratory life, from squirming mice and the smell of autoclaves to the awkward annual laboratory outings and the dynamics between PhD scientists and MD clinicians. She perhaps exploits too many stereotypes, making the story a bit clichéd — there is the perfectly constructed international and colorful laboratory, with a gay man, a Russian, and a Chinese postdoc struggling to succeed in the USA, alongside an Indian graduate student who returns to the lab after an arranged marriage. While some of the detail is necessary for setting the scene, it also undermines the story by being too predictable.

I also find fault with the neat and tidy way Goodman constructs the ending and the resolution to the misconduct allegations. I’ve unfortunately had far too much experience handling misconduct allegations, and they are rarely resolved to the extent where you can tie a nice bow on the package at the end. After an absurd end to the congressional inquiry, Cliff moves on to another lab in Utah, Robin finds work in Mendelssohn’s scientific rival’s lab, and Sandy Glass leaves the lab to be the head of a new private cancer clinic in Wellesley, Massachusetts. Mendelssohn starts to get good results with, predictably enough, the project that Robin started. Everyone emerges unscathed, though perhaps with wounded pride and deflated egos. No one is responsible; no one pays a price — other than an emotional one. Goodman also chooses the misconduct carefully so that it is open to interpretation — does concealing data (if it existed) constitute misconduct?

The misconduct allegations that have crossed my desk in the last 5 years have given me no joy and many headaches, but this book paints the picture of how agonizing it would be to be in the midst of a misconduct investigation. Perhaps I might have had a different reaction if I wasn’t a scientist, but I found myself rolling my eyes at times when reading Intuition. It is a timely tale, given how many scientists have recently been vilified for various falsifications. This book is in part a commentary on how personal ambition can get in the way of scientific advancement.