Acute lung injury (ALI) is characterized by the influx of protein-rich edematous fluid into the airspaces due to increased permeability of the alveolar-capillary barrier. Inflammatory mediators are thought to play a critical role in the pathogenesis of this disorder. In this issue of the JCI, Zhao et al. report that the forkhead box M1 (FoxM1) transcription factor induces endothelial regeneration and thereby restores endothelial barrier function after ALI (see the related article beginning on page 2333). Their findings raise the intriguing possibility that the promotion of endothelial regeneration may be a novel therapeutic strategy for ALI.

Regulation of FoxM1 activity and its downstream target molecules. 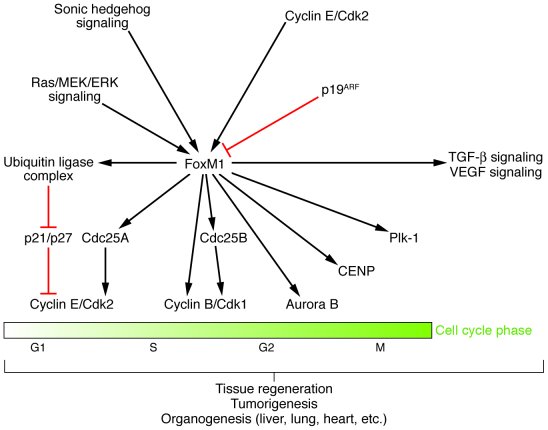