Berson, Yalow, and the JCI: the agony and the ecstasy

Berson, Yalow, and the JCI: the agony and the ecstasy

The isolation of insulin in 1921 by Banting, Best, Collip, and Macleod stands as one of the most dramatic stories in modern medical investigation. Only two years passed between the initial experiments in dogs to widespread human application to the awarding of the Nobel Prize in 1923. Insulin-related research has also served as a focus, at least in part, for the work of three other Nobel Prize recipients: determination of the chemical structure of insulin by Frederick Sanger in 1958; determination of the three-dimensional structures of insulin and vitamin B12 by Dorothy Hodgkin in 1964; and finally, the development of immunoassay by Solomon Berson and Rosalyn Yalow in 1959–1960, which led to a Nobel Prize for Yalow in 1977 (five years after the untimely death of Berson). The history of Yalow and Berson’s discovery and its impact on the field is an illustration of the adage that every story has two sides. 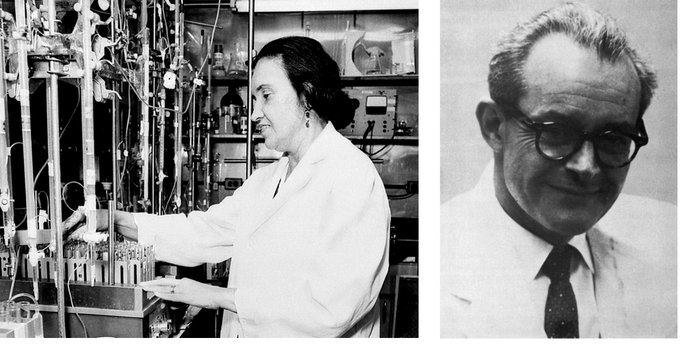