Judging a virus by its cover

Judging a virus by its cover 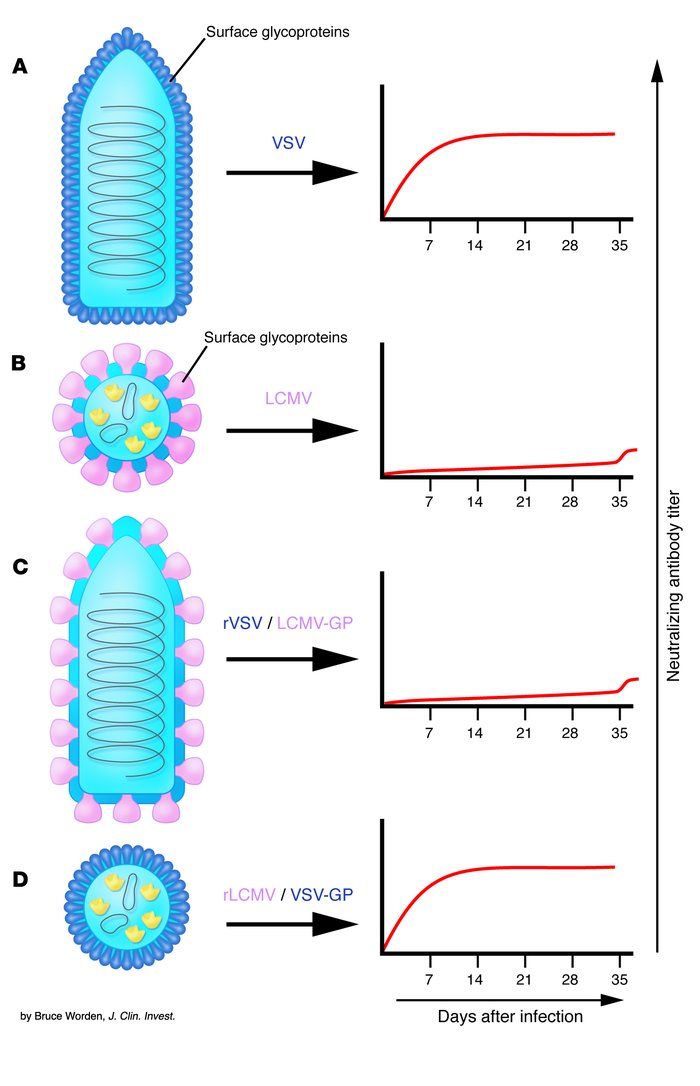 Kinetics of neutralizing antibody responses induced in mice following infection with () VSV, a bullet-shaped rhabdovirus containing one RNA species and () LCMV, an arenavirus containing 2 virion RNAs and some ribosomes. By reverse genetic techniques, the virion surface glycoproteins were swapped between the two viruses ( and ), and the rapidity in generating neutralizing antibodies was found to correlate with the surface glycoprotein expressed on the recombinant virus ().