Immune recognition of self in immunity against cancer

Immune recognition of self in immunity against cancer

Most antigens expressed by human cancer cells and recognized by host T cells and antibodies are nonmutated self antigens — molecules also expressed on the surface of normal cells. These self antigens are ineffective at triggering immune responses against cancer cells, which provides one explanation for the difficulties in trying to immunize against human cancer. A new study describes how tumors can avoid recognition by the immune system and how enhancing the affinity of the interaction between a self antigen and the MHC-I molecule may lead to cancer immunity. 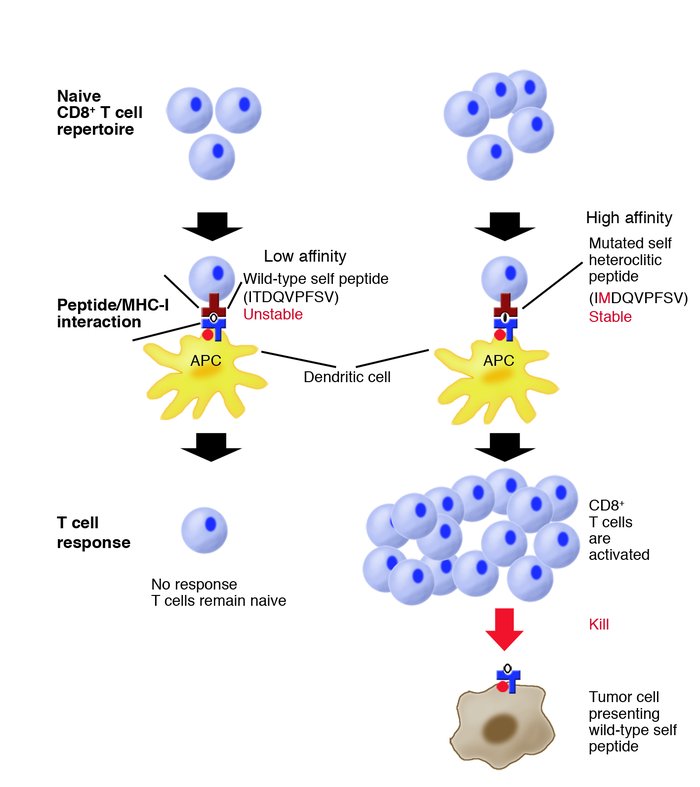