In several clinical disorders, there are interactions between inflammation-dependent tissue injury and thrombin formation, fibrin deposition, and impaired fibrinolysis. New evidence generated from a mouse model of allergic airway hyperreactivity suggests that disordered coagulation and fibrinolysis may contribute to the pathogenesis of asthma . The inflammatory mechanisms that lead to airway smooth muscle contraction and airway hyperresponsiveness may be associated with accumulation of extravascular fibrin, plasma exudates, and inflammatory cells that can lead to airway closure.

Michael A. Matthay, John A. Clements 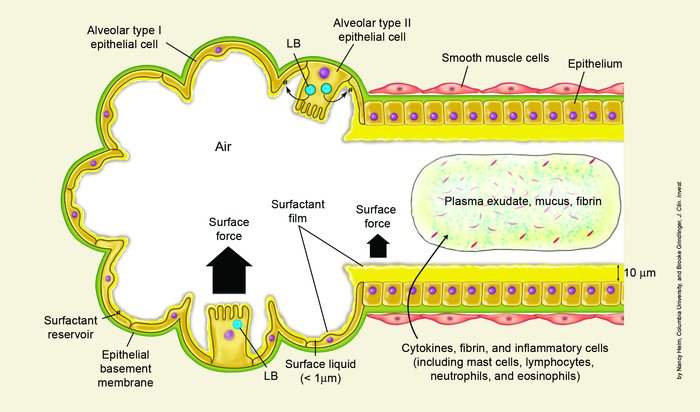