Into the depths of ataxia

Into the depths of ataxia

Ataxia is a lethal neurological disease characterized by incoordination, postural abnormalities, difficulties with gait, and problems with clarity of speech. The etiology of ataxia is divided equally between hereditary and sporadic forms. Regardless of cause, the cerebellar cortex is often a target in ataxia. Thus, how a disruption in cerebellar cortex might lead to ataxia is of considerable interest. A report in this issue of the JCI links ataxia to enhanced hyperexcitability of neurons in the deep cerebellar nuclei. 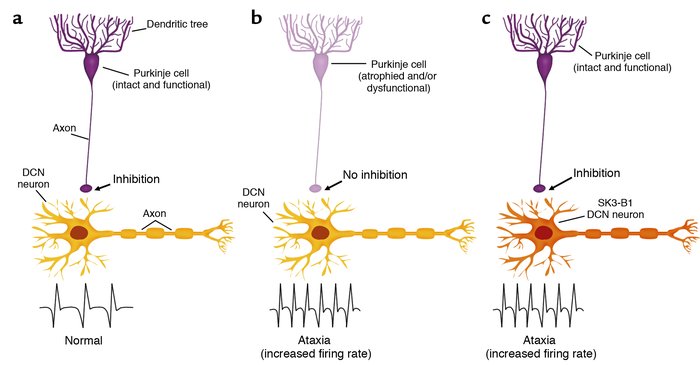