Jaundice, which is caused by accumulation of bilirubin, is extremely common in newborn infants. Phototherapy is an effective treatment, but a drug therapy would also be desirable. A Chinese herbal remedy for jaundice called Yin Zhi Huang is now shown to activate a liver receptor that enhances the clearance of bilirubin (see the related article beginning on page 137). This discovery could lead to improved pharmaceutical treatments for neonatal jaundice. 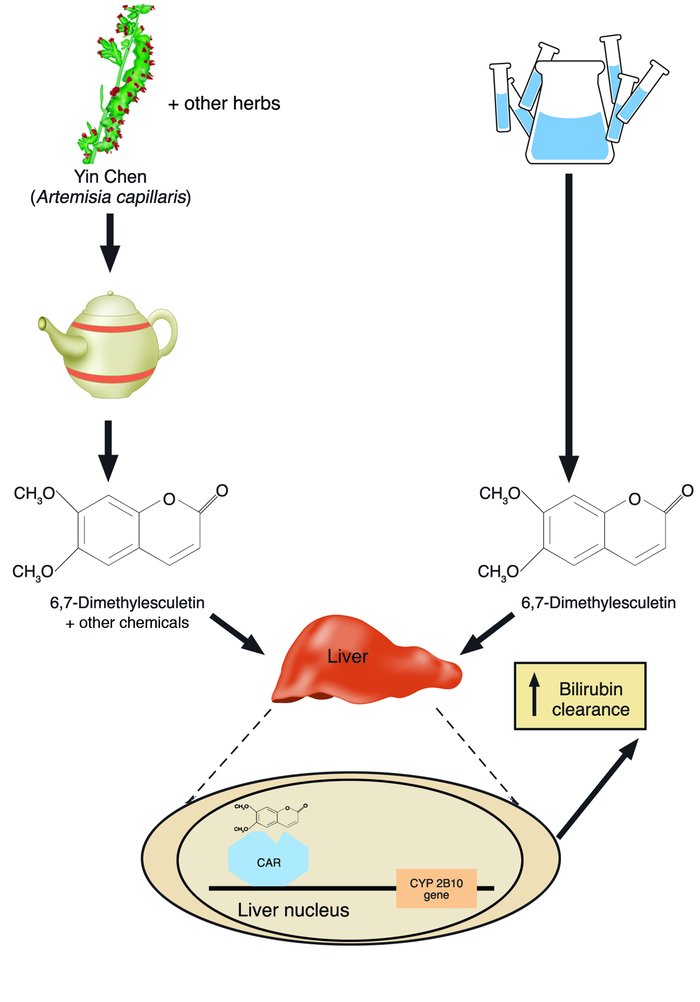 Eastern and Western paths to medicine. 6,7-Dimethylesculetin, in a wormwood tea or as a purified chemical, binds to and activates the hepatic nuclear receptor CAR and its target genes including CYP 2B10, leading to increased bilirubin clearance. Brewing of wormwood yields a tea that contains other chemicals, with potential for additional benefit or toxicity, or both.