The existence of species-specific and interspecies bacterial cell-cell communication and group organization was only recently accepted. Researchers are now realizing that the ability of these microbial teams to communicate and form structures, known as biofilms, at key times during the establishment of infection significantly increases their ability to evade both host defenses and antibiotics. This Perspective series discusses the known signaling mechanisms, the roles they play in both chronic Gram-positive and Gram-negative infections, and promising therapeutic avenues of investigation. 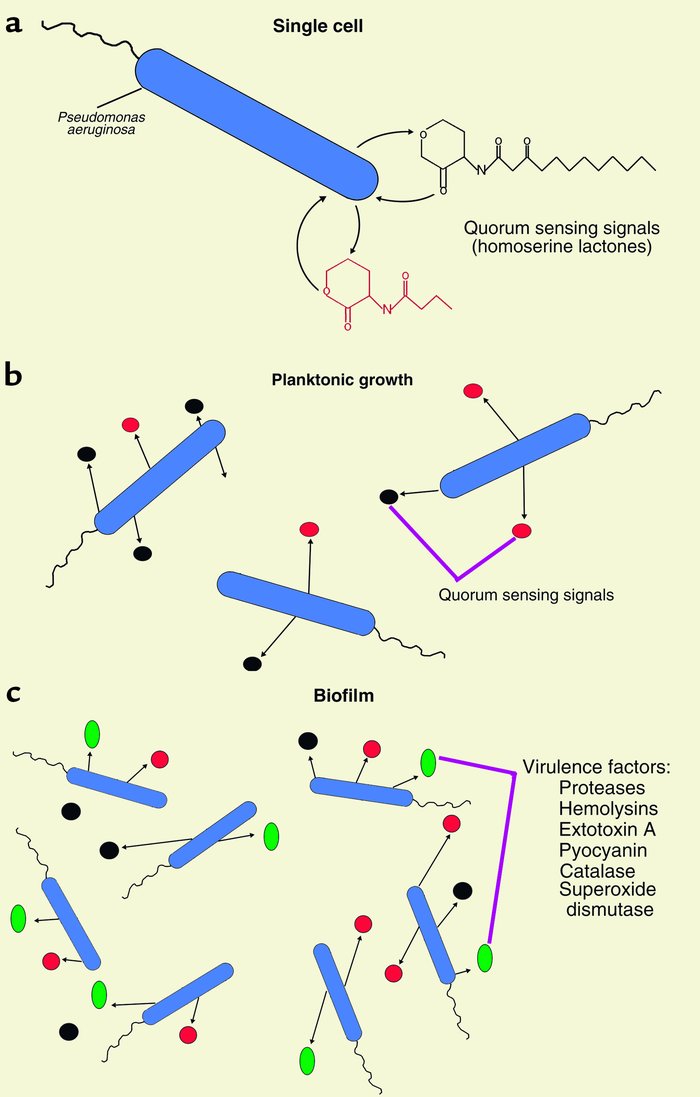 An example of differentiated structures in a single-species biofilm. Scanning confocal microscope image of a biofilm growing under a flow on a glass surface. The large (about 100 μm in height) differentiated mushroom-like structures are labeled with the green fluorescent protein expressed from a promoter controlled by quorum sensing and the red fluorescent protein expressed from a constitutively active promoter. The quorum-controlled product is found mostly in the base of the structures. Image provided by Yannick Lequette, University of Iowa.