How the cows turned mad

Find articles by Aguzzi, A. in: JCI | PubMed | Google Scholar 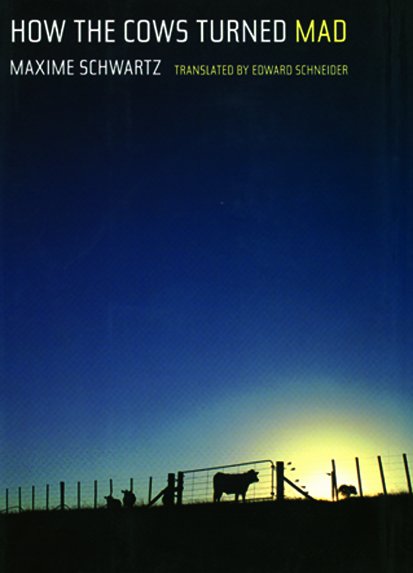 According to one definition, the prion is the “thing” that causes transmissible spongiform encephalopathies (TSE) (1). Two decades ago, Stanley Prusiner proposed that the prion consists exclusively of protein and replicates without agent-borne nucleic acids (2). This view encountered opposition initially but now enjoys widespread consensus. The precise physical nature of prions is still debated (3), its mode of replication is unclear, and no remedies to prion diseases have been found yet.

Aspects of the prion saga have captured popular imagination and inspired scientific scrutiny: the tragedy of Creutzfeldt-Jakob disease (CJD), the grossness of cannibalism, the greed and incompetence of politicians during the crisis of mad cow disease, and the iconoclastic passion of its protagonists. Life scientists cannot be immune to the fascination of an essentially enigmatic agent, which is still defying attempts at identification, molecular characterization, and therapy.

These unresolved questions are blended with literate craftsmanship in Maxime Schwartz’s historical popularization of the plight between the agent causing TSE and the individuals (farmers, veterinarians, physicians, scientists) trying to understand and contain it. In his volume of spirited “edutainment” (in the best sense of the word), Schwartz recounts the emergence of what he refers to as “The Disease” in a dazzling variety of incarnations — from scrapie in sheep, through bovine spongiform encephalopathy (BSE) in cattle, and CJD transmitted through surgical instruments, growth hormones, and inheritance. While targeted to the sophisticated lay public, this book is quite ambitious in scope: it will certainly be useful to students and postgraduate life scientists and offers pleasurable reading even to those actively working in the prion field. Written in a style not usually attributed to this field, Schwartz’s book presents a murder mystery that grabs the reader’s attention.

The journey begins with a well-documented recounting of the early study of sheep scrapie in the 19th century. Amazingly, veterinarians of two centuries ago were already debating whether the essence of scrapie is infectious or genetic — a debate that continues today! We are then led through a narrative of historically accurate accounts of subsequent discoveries. The rise of The Disease from relative obscurity to center stage today is well told and entertaining. Many of the individuals who have shaped our understanding of prions, such as Carleton Gajdusek, William Hadlow, Stanley Prusiner, and Charles Weissmann, are described with empathy. Schwartz does a good job of reconstructing the intellectual pathways by which these protagonists arrived at their discoveries. The reader is immersed in the climate and feelings that surrounded the scientific developments and advances of the day.

Some of the previous popular books on this topic (4) were biased against Prusiner’s hypothesis of prion propagation. Instead, Schwartz takes an equanimous stand and does justice to both the supporters and the critics of the protein-only hypothesis. Here, however, the book’s dramaturgy falls short of real life: the debate on the nature of the prion is by no means settled, as exemplified by Nobel prize–winner Kurt Wüthrich’s widely publicized reflections on the role of PrPSc (the protease-resistant form of the prion protein) in prion disease (5, 6). The passionate and occasionally incandescent clashes surrounding the identity of the agent, which once even led to the abrupt termination of a scientific meeting for reasons of “public order,” are regrettably absent — although they would have undoubtedly contributed to the entertainment value of the book.

As former director of the French Institut Pasteur, Schwartz does not fail to highlight the role of Louis Pasteur in the discovery of microbes and to draw parallels with the chase of The Disease. However, these analogies remain somewhat superficial. It might have been challenging to reflect on the parallels between the “spontaneous generation” beliefs prevalent among Pasteur’s contemporaries and the current expectation that prions are produced de novo as a proof of the protein-only hypothesis.

Schwartz provides an entertaining account of the subject. He does an excellent job of avoiding swamping the reader with technicalities — while adhering to exact concepts and rigorous terminology. The latter cannot be taken for granted, even in the technical TSE literature.

Have we conquered the disease? Both Schwartz and the present authors agree that this is not the case: some of the debates have continued in disturbingly similar form for nearly 100 years and are still open. It transpires from Schwartz’s prose that maybe discoveries of Pasteurian reach are still out there to be made: this is why the study of prions continues to rank among the most exciting fields of modern biology.