An eye on insulin

An eye on insulin

Diabetic retinopathy, the most frequent complication of diabetes and leading cause of vision loss, involves vascular and neural damage in the retina. Insulin and IGF-1 signaling are now shown to contribute to retinal neovascularization, in part, by modulating the expression of various vascular mediators. 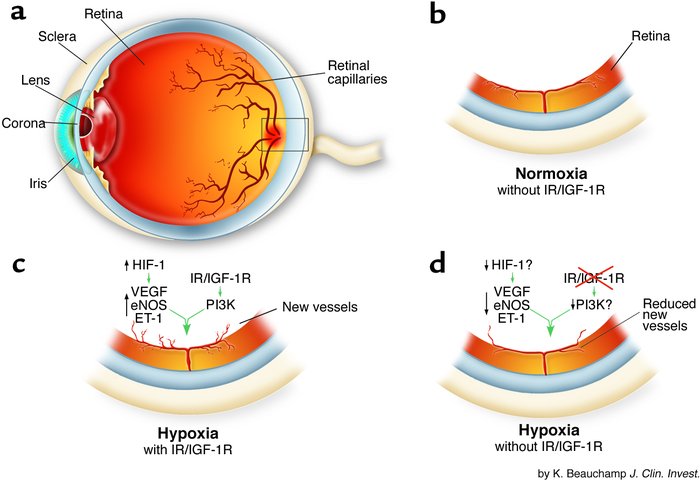