Intestinal ion transport and the pathophysiology of diarrhea

Intestinal ion transport and the pathophysiology of diarrhea 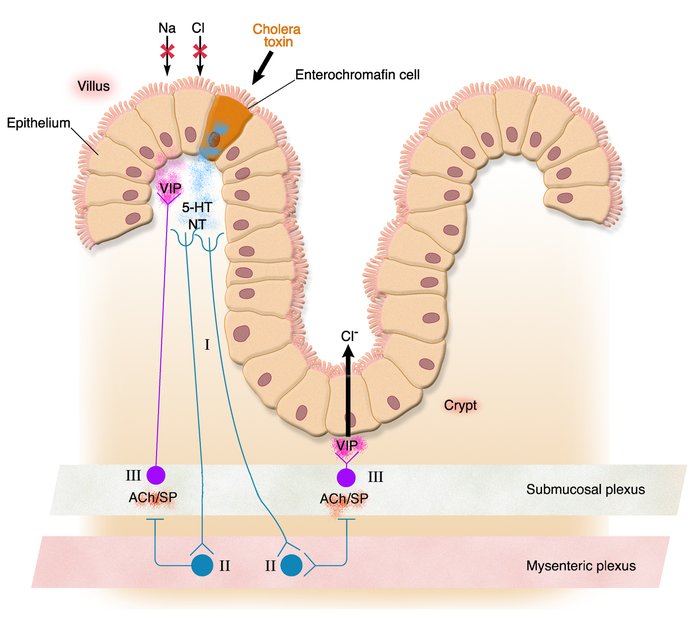 CT induces secretion, in part, through activation of an intramural neural reflex. Toxin attaches to enterochromaffin cells in the epithelium, causing an increase in [cAMP] there. In response to the latter, serotonin (5-HT), neurotensin (NT), and possibly additional peptides are released. These activate afferent neurons (I), whose axons course from close to the epithelium to the myenteric neural plexus, where they connect with interneurons (II) that, in turn, through release of acetylcholine (ACh) and/or substance P (SP), activate secreto-motor neurons (III) in the submucosal neural plexus. Axons from these secreto-motor neurons reach the epithelial surface, in both the villus and the crypt regions, releasing VIP and thereby stimulating secretion in crypts and inhibiting nutrient-independent salt absorption in villi. For a comprehensive review, see ref. .