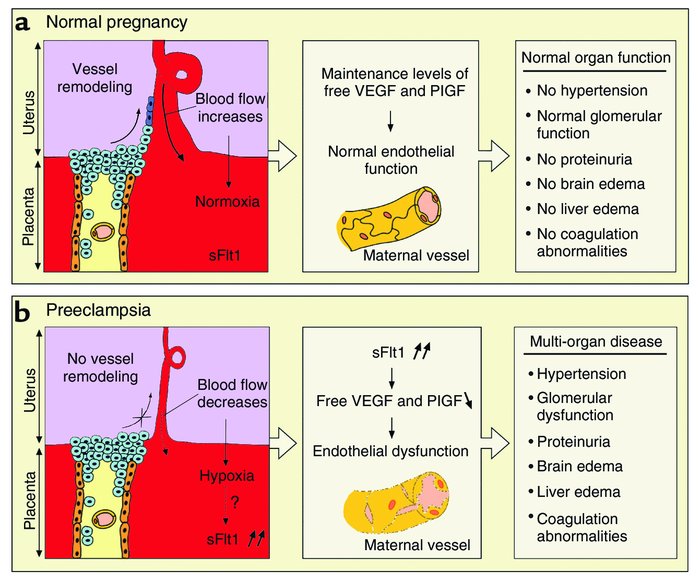 Hypothesis on the role of sFlt1 in preeclampsia. () During normal pregnancy, the uterine spiral arteries are infiltrated and remodeled by endovascular invasive trophoblasts, thereby increasing blood flow significantly in order to meet the oxygen and nutrient demands of the fetus. () In the placenta of preeclamptic women, trophoblast invasion does not occur and blood flow is reduced, resulting in placental hypoxia. In addition, increased amounts of soluble Flt1 (sFlt1) are produced by the placenta and scavenge VEGF and PlGF, thereby lowering circulating levels of unbound VEGF and PlGF. This altered balance causes generalized endothelial dysfunction, resulting in multi-organ disease. It remains unknown whether hypoxia is the trigger for stimulating sFlt1 secretion in the placenta of preeclamptic mothers and whether the higher sFlt1 levels interfere with trophoblast invasion and spiral artery remodeling.