Macrophage activation in response to LPS is coupled to profound metabolic changes, typified by accumulation of the TCA cycle intermediates citrate, itaconate, and succinate. We have identified that endogenous type I IFN controls the cellular citrate/α-ketoglutarate ratio and inhibits expression and activity of isocitrate dehydrogenase (IDH); and, via 13C-labeling studies, demonstrated that autocrine type I IFN controls carbon flow through IDH in LPS-activated macrophages. We also found that type I IFN–driven IL-10 contributes to inhibition of IDH activity and itaconate synthesis in LPS-stimulated macrophages. Our findings have identified the autocrine type I IFN pathway as being responsible for the inhibition of IDH in LPS-stimulated macrophages. 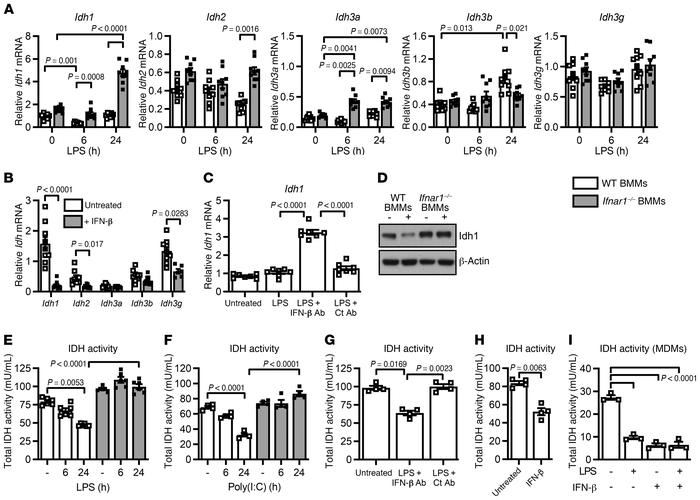