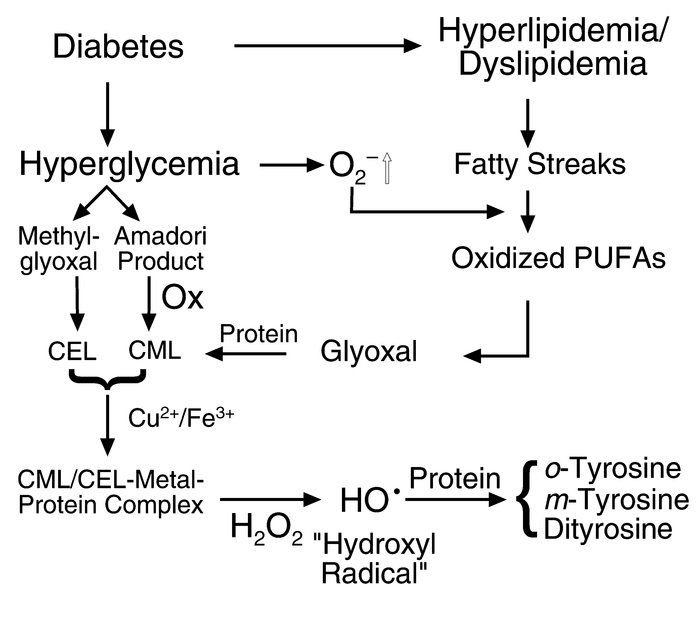 Proposed sequence of events leading to hydroxyl radical–mediated protein damage in early atherosclerosis in diabetes. The data from Pennathur et al. () show a strong relationship between hydroxyl radical damage and hemoglobin glycation. Because these authors found no evidence for increased nitration-mediated damage, it appears that formation of the initial lesion does not involve inflammatory cells. A likely scenario involves increased glycation and the formation of the redox-active center due to the formation of carboxymethyl-lysine (CML) and carboxyethyl-lysine (CEL), which can bind redox-active copper and perhaps iron. Amadori products and ceruloplasmin (not shown) are also expected to be potent precursors of oxidative damage. Hyperglycemia-catalyzed superoxide formation from mitochondrial and cytoplasmic sources is expected to initiate the lipoxidation cascade and release of glyoxal, a potent CML precursor. PUFA, polyunsaturated fatty acid.