Hemostasis requires conversion of fibrinogen to fibrin fibers that generate a characteristic network, interact with blood cells, and initiate tissue repair. The fibrin network is porous and highly permeable, but the spatial arrangement of the external clot face is unknown. Here we show that fibrin transitioned to the blood-air interface through Langmuir film formation, producing a protective film confining clots in human and mouse models. We demonstrated that only fibrin is required for formation of the film, and that it occurred in vitro and in vivo. The fibrin film connected to the underlying clot network through tethering fibers. It was digested by plasmin, and formation of the film was prevented with surfactants. Functionally, the film retained blood cells and protected against penetration by bacterial pathogens in a murine model of dermal infection. Our data show a remarkable aspect of blood clotting in which fibrin forms a protective film covering the external surface of the clot, defending the organism against microbial invasion. 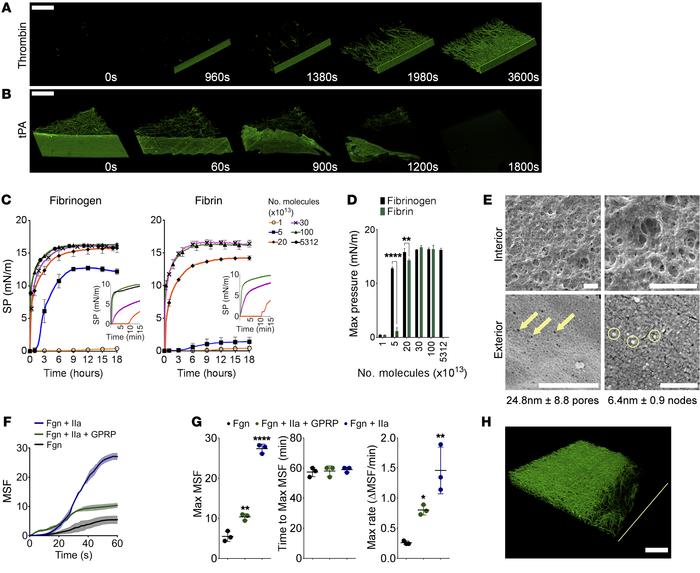