Death of an mouse (P40) after a spontaneous seizure was due to respiratory arrest followed by secondary bradycardia. 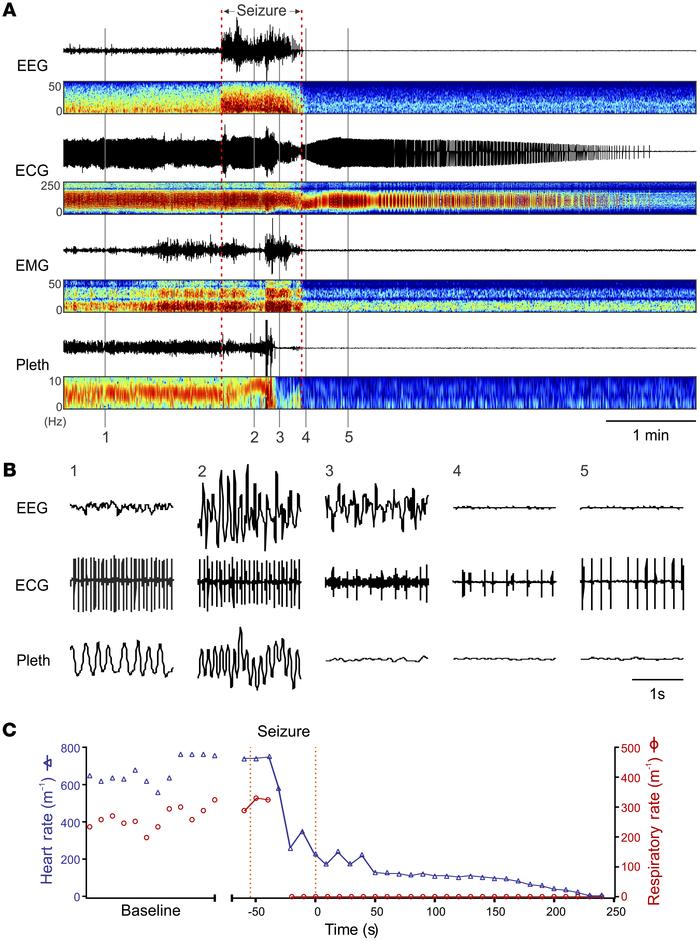 () Events leading to death. Traces from top down are EEG, ECG, EMG, and whole-animal plethysmography (Pleth), in each case with paired power spectrum heatmaps. A spontaneous seizure occurred at the time indicated, and this was followed by PGES in the EEG. Shortly after the onset of the seizure, breathing became disrupted. Respiratory activity ceased halfway through the seizure. In contrast, the ECG did not change until near the end of the seizure, after which the frequency and amplitude slowly decreased over the next 4 minutes. Note there was some movement artifact on the plethysmography trace half way through the seizure. () Expanded traces of EEG, ECG, and plethysmography at the times labeled 1–5. () Respiratory rate and heart rate for the data shown in and . Data are discontinuous during the baseline period, because accurate measurements could be made only when the mouse was resting quietly. Data points are continuous from the onset of the seizure, except for one data point during which breathing was obscured by movement artifact.