DNMT3A truncation mutants do not heterodimerize with WT DNMT3A and fail to form mutant DNMT3A homodimers. 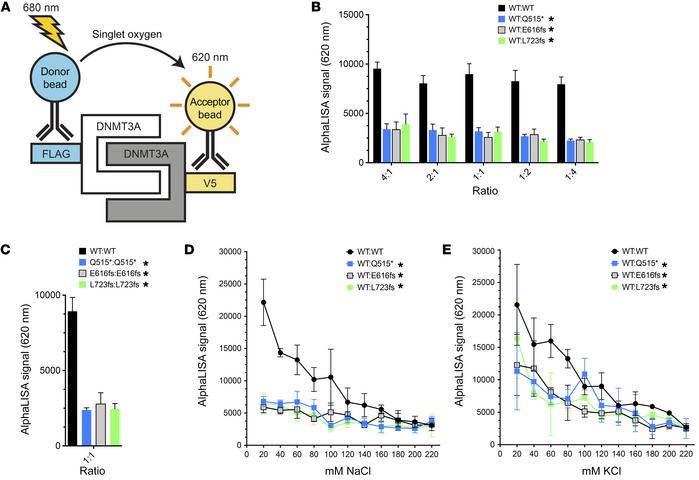