The idea that increasing salt intake increases drinking and urine volume is widely accepted. We tested the hypothesis that an increase in salt intake of 6 g/d would change fluid balance in men living under ultra-long-term controlled conditions.

Over the course of 2 separate space flight simulation studies of 105 and 205 days’ duration, we exposed 10 healthy men to 3 salt intake levels (12, 9, or 6 g/d). All other nutrients were maintained constant. We studied the effect of salt-driven changes in mineralocorticoid and glucocorticoid urinary excretion on day-to-day osmolyte and water balance. 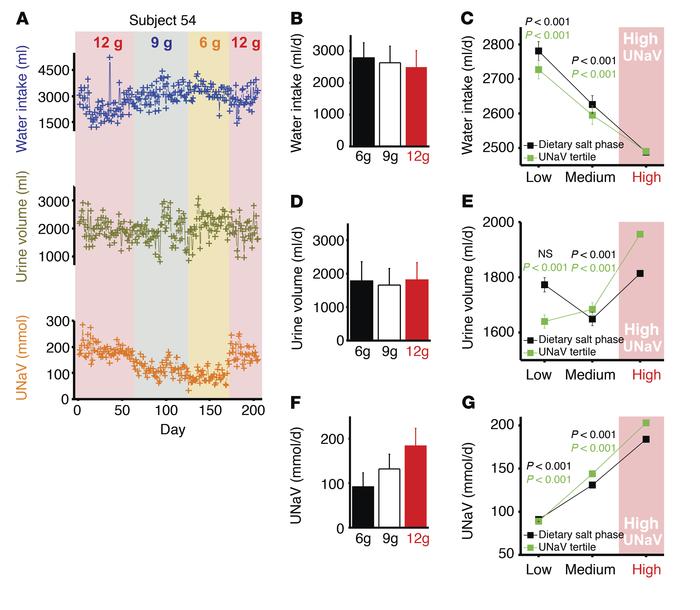