Members of the NLR family can assemble inflammasome complexes with the adaptor protein ASC and caspase-1 that result in the activation of caspase-1 and the release of IL-1β and IL-18. Although the NLRC4 inflammasome is known to have a protective role in tumorigenesis, there is an increased appreciation for the inflammasome-independent actions of NLRC4. Here, we utilized a syngeneic subcutaneous murine model of B16F10 melanoma to explore the role of NLRC4 in tumor suppression. We found that NLRC4-deficient mice exhibited enhanced tumor growth that was independent of the inflammasome components ASC and caspase-1. expression was critical for cytokine and chemokine production in tumor-associated macrophages and was necessary for the generation of protective IFN-γ–producing CD4+ and CD8+ T cells. Tumor progression was diminished when WT or caspase-1–deficient, but not NLRC4-deficient, macrophages were coinjected with B16F10 tumor cells in NLRC4-deficient mice. Finally, examination of human primary melanomas revealed the extensive presence of NLRC4+ tumor-associated macrophages. In contrast, there was a paucity of NLRC4+ tumor-associated macrophages observed in human metastatic melanoma, supporting the concept that NLRC4 expression controls tumor growth. These results reveal a critical role for NLRC4 in suppressing tumor growth in an inflammasome-independent manner. 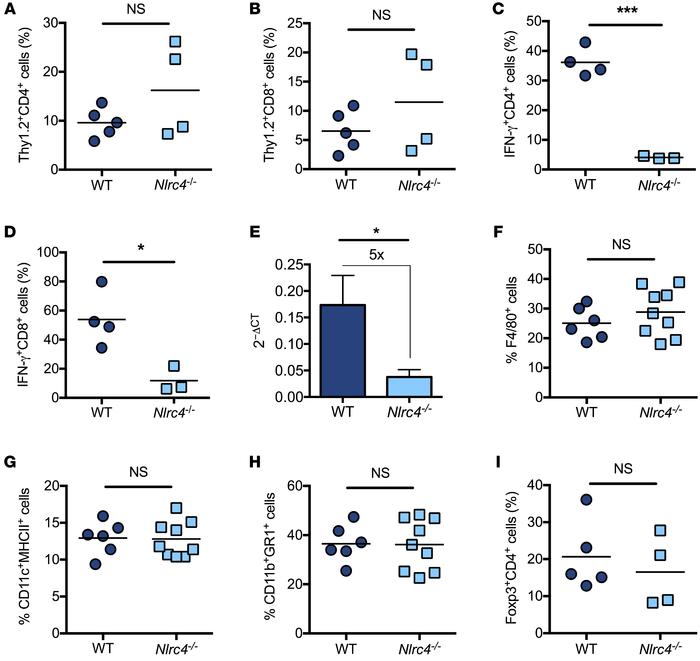