The shelterin complex and hematopoiesis

The shelterin complex and hematopoiesis 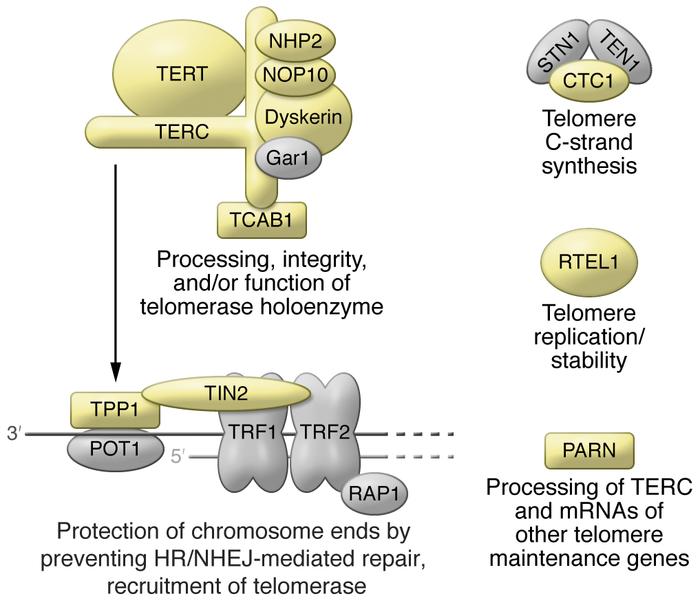 Mutations affecting 11 different proteins have been reported to date in dyskeratosis congenita and related disorders, as indicated by colored structures. TERT, TERC, dyskerin, NHP2, NOP10, and TCAB1 are important for the processing, integrity, and/or function of the telomerase holoenzyme, a ribonucleoprotein complex containing TERC RNA and the catalytic TERT protein with reverse transcriptase activity. TIN2 and TPP1 (encoded by ) are members of the shelterin complex (see ). CTC1 belongs to a complex that regulates telomere C-strand synthesis and telomere replication. RTEL1 is important for telomere replication and stability. PARN was recently described to control processing of TERC RNA as well as mRNAs of other telomere maintenance genes.