DRCs do not give rise to tumors in selected mouse HCC models. 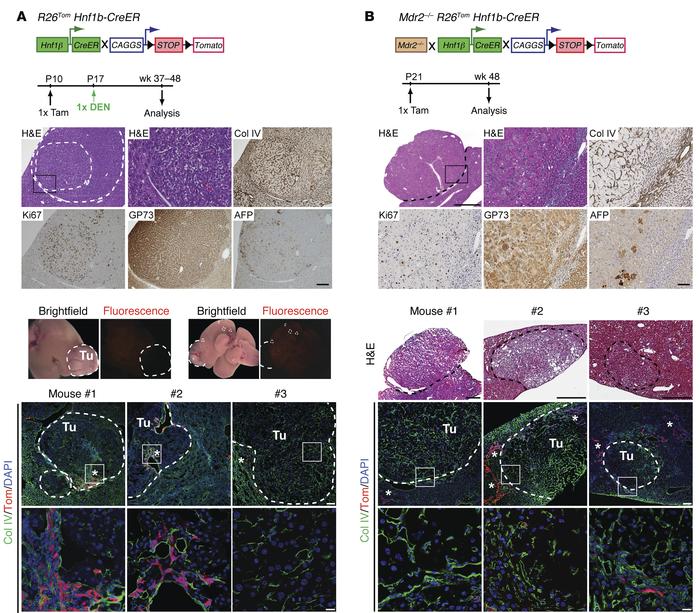