Polyamine inhibition for cancer therapy is, conceptually, an attractive approach but has yet to meet success in the clinical setting. The aryl hydrocarbon receptor (AHR) is the central transcriptional regulator of the xenobiotic response. Our study revealed that AHR also positively regulates intracellular polyamine production via direct transcriptional activation of 2 genes, ODC1 and AZIN1, which are involved in polyamine biosynthesis and control, respectively. In patients with multiple myeloma (MM), AHR levels were inversely correlated with survival, suggesting that AHR inhibition may be beneficial for the treatment of this disease. We identified clofazimine (CLF), an FDA-approved anti-leprosy drug, as a potent AHR antagonist and a suppressor of polyamine biosynthesis. Experiments in a transgenic model of MM (Vk*Myc mice) and in immunocompromised mice bearing MM cell xenografts revealed high efficacy of CLF comparable to that of bortezomib, a first-in-class proteasome inhibitor used for the treatment of MM. This study identifies a previously unrecognized regulatory axis between AHR and polyamine metabolism and reveals CLF as an inhibitor of AHR and a potentially clinically relevant anti-MM agent. 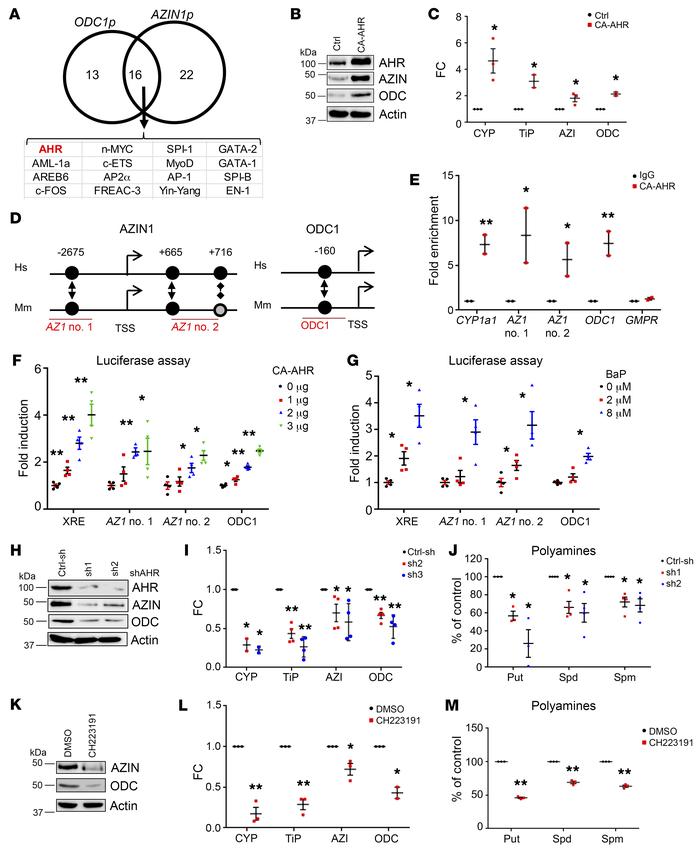