Autoimmunity is the consequence of the combination of genetic predisposition and environmental effects, such as infection, injury, and constitution of the gut microbiome. In this edition of the , Dai et al. describe the use of knockin technology to test the mechanism of action of a polymorphism in the protein tyrosine phosphatase nonreceptor 22 () (LYP) that is associated with susceptibility to multiple autoimmune diseases. The function of this allele, and that of a disproportionate number of autoimmune disease risk alleles, suggests that inhibitory signaling pathways that maintain B lymphocyte immune tolerance may represent an Achilles’ heel in the prevention of autoimmunity. 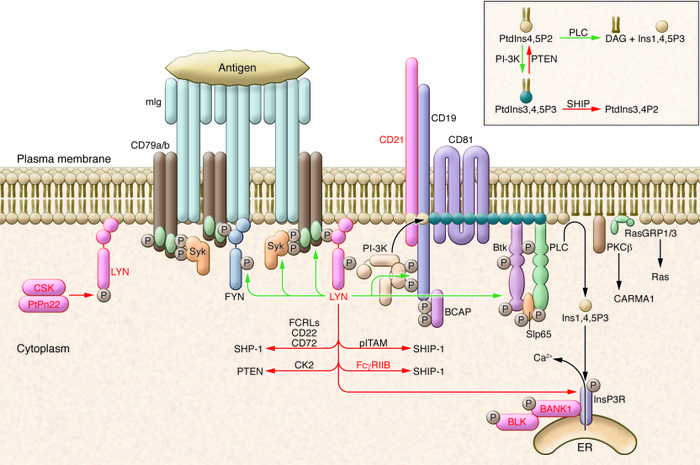