Increased accumulation and function of MDSC in BM of MDS patients. 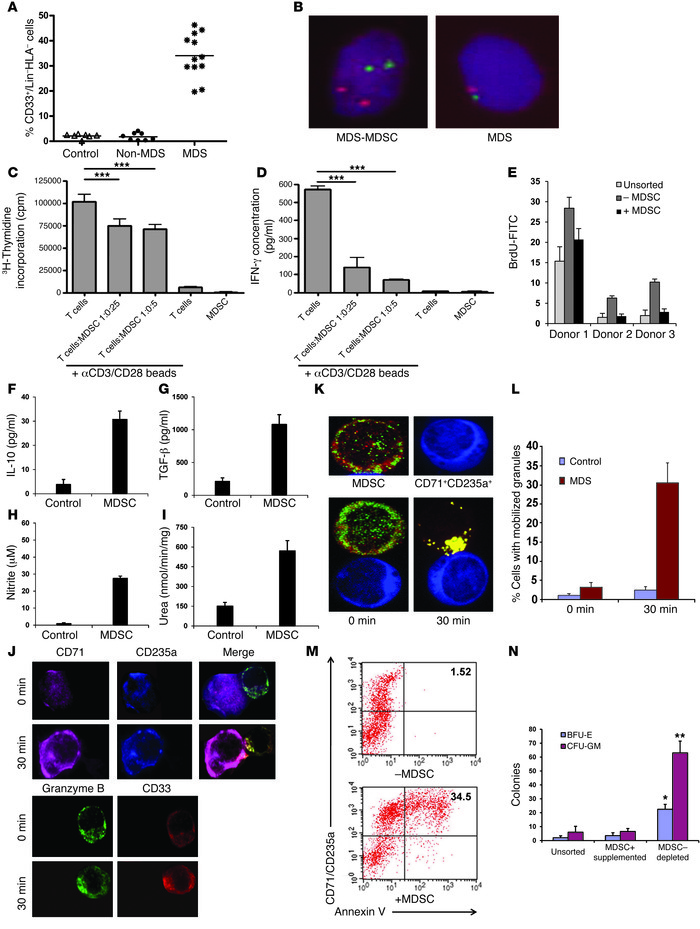