Hypertension occurs in approximately 30% of individuals in Western populations and is known to be a major cause of stroke, heart failure, and myocardial infarction. Despite this, the molecular etiology of hypertension remains poorly understood. In this issue of the JCI, Young et al. show that endoplasmic reticulum (ER) stress is an essential signaling event for angiotensin II–induced hypertension in cells of the central nervous system. This provides new insight into the molecular mechanisms that drive hypertension and suggests a potential target for future therapy. 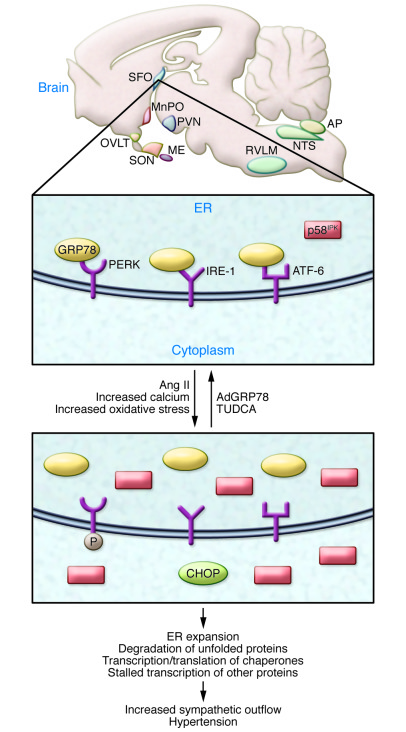