Activation of TLR9 by direct injection of unmethylated CpG nucleotides into a tumor can induce a therapeutic immune response; however, Tregs eventually inhibit the antitumor immune response and thereby limit the power of cancer immunotherapies. In tumor-bearing mice, we found that Tregs within the tumor preferentially express the cell surface markers CTLA-4 and OX40. We show that intratumoral coinjection of anti–CTLA-4 and anti-OX40 together with CpG depleted tumor-infiltrating Tregs. This in situ immunomodulation, which was performed with low doses of antibodies in a single tumor, generated a systemic antitumor immune response that eradicated disseminated disease in mice. Further, this treatment modality was effective against established CNS lymphoma with leptomeningeal metastases, sites that are usually considered to be tumor cell sanctuaries in the context of conventional systemic therapy. These results demonstrate that antitumor immune effectors elicited by local immunomodulation can eradicate tumor cells at distant sites. We propose that, rather than using mAbs to target cancer cells systemically, mAbs could be used to target the tumor infiltrative immune cells locally, thereby eliciting a systemic immune response. 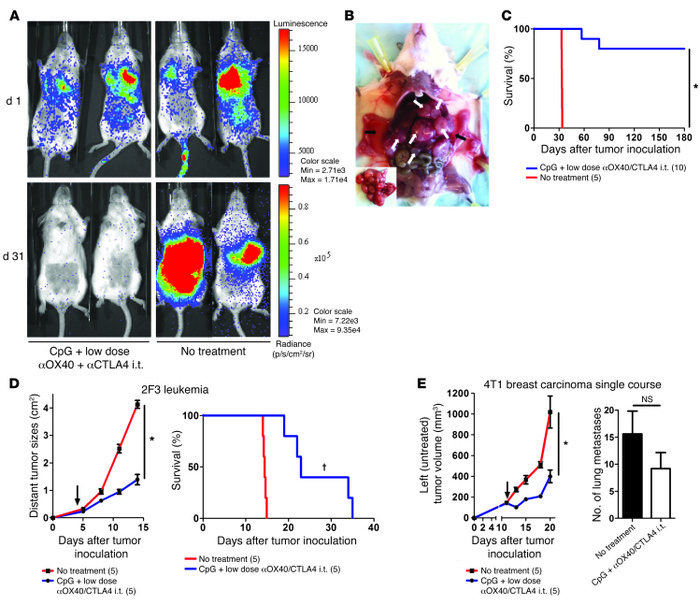