pTCp53null mice give rise to sarcomas. 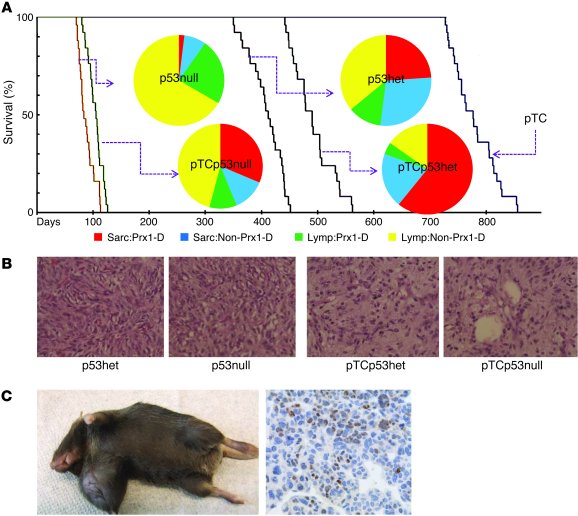