Association of C5a and TCC concentrations in CSF with disease severity and outcome. 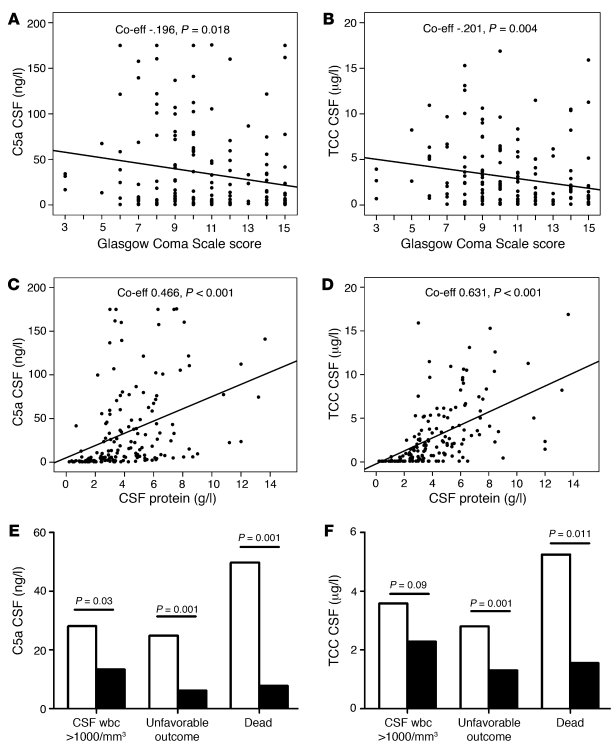