DNA methylation analysis of colon tumors and colon epithelial cells with or without Dnmt3b transgene expression. 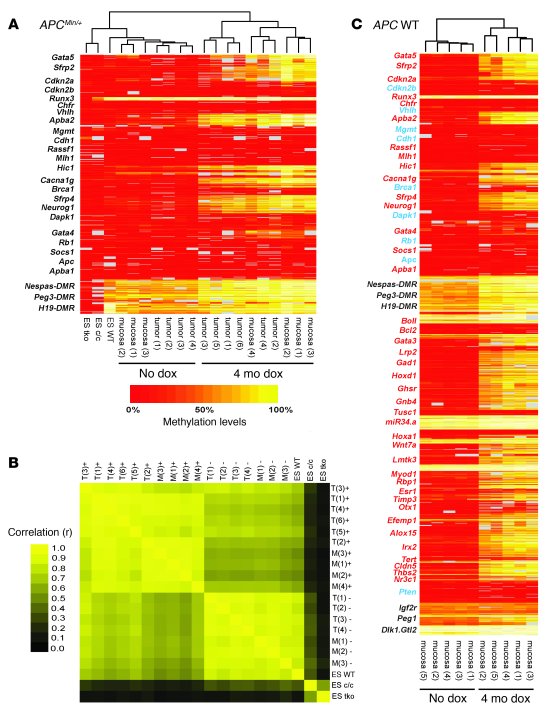