Osteoblasts have recently been found to play a role in regulating glucose metabolism through secretion of osteocalcin. It is unknown, however, how this osteoblast function is regulated transcriptionally. As FoxO1 is a forkhead family transcription factor known to regulate several key aspects of glucose homeostasis, we investigated whether its expression in osteoblasts may contribute to its metabolic functions. Here we show that mice lacking Foxo1 only in osteoblasts had increased pancreatic β cell proliferation, insulin secretion, and insulin sensitivity. The ability of osteoblast-specific FoxO1 deficiency to affect metabolic homeostasis was due to increased osteocalcin expression and decreased expression of Esp, a gene that encodes a protein responsible for decreasing the bioactivity of osteocalcin. These results indicate that FoxO1 expression in osteoblasts contributes to FoxO1 control of glucose homeostasis and identify FoxO1 as a key modulator of the ability of the skeleton to function as an endocrine organ regulating glucose metabolism. 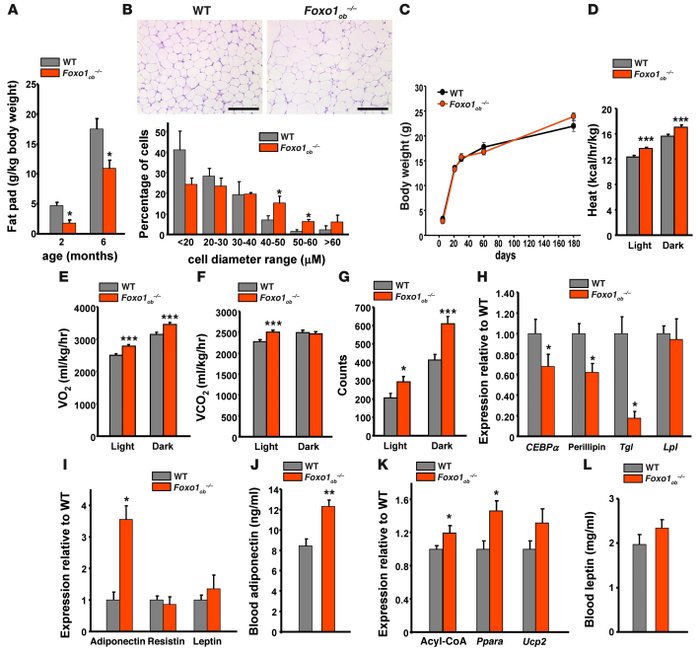