Nr0b2 induces alterations of histone H3K9 marks through the inhibition of , in response to DES. 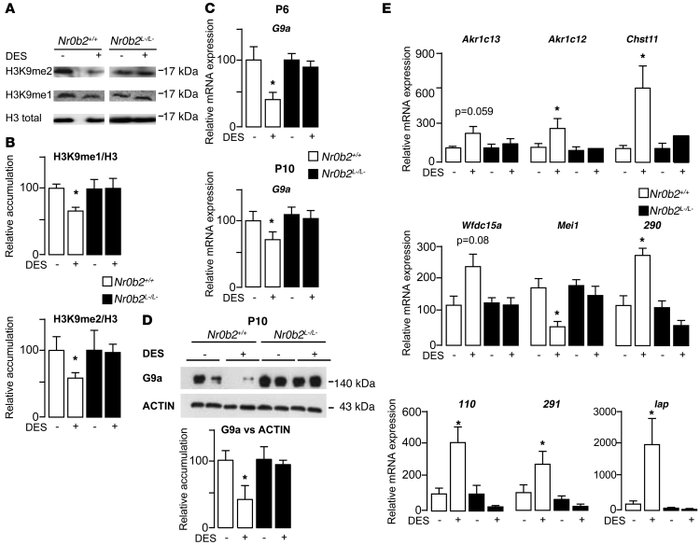