IFN-β, a type I IFN, is widely used for the treatment of MS. However, the mechanisms behind its therapeutic efficacy are not well understood. Using a murine model of MS, EAE, we demonstrate that the Th17-mediated development of autoimmune disease is constrained by Toll–IL-1 receptor domain–containing adaptor inducing IFN-β–dependent (TRIF-dependent) type I IFN production and its downstream signaling pathway. Mice with defects in TRIF or type I IFN receptor (IFNAR) developed more severe EAE. Notably, these mice exhibited marked CNS inflammation, as manifested by increased IL-17 production. In addition, IFNAR-dependent signaling events were essential for negatively regulating Th17 development. Finally, IFN-β–mediated IL-27 production by innate immune cells was critical for the immunoregulatory role of IFN-β in the CNS autoimmune disease. Together, our findings not only may provide a molecular mechanism for the clinical benefits of IFN-β in MS but also demonstrate a regulatory role for type I IFN induction and its downstream signaling pathways in limiting Th17 development and autoimmune inflammation. 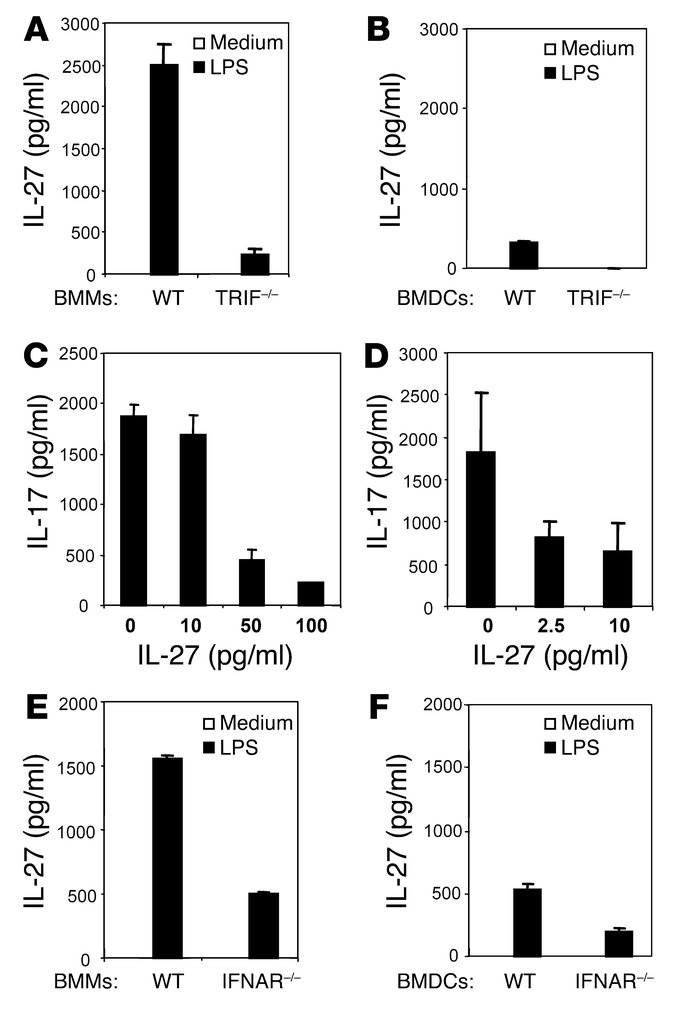