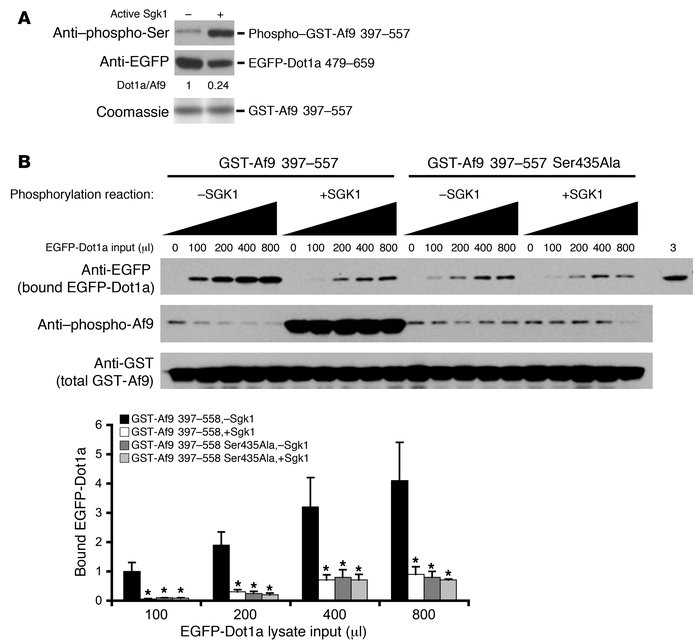 () GST pulldown assay showing impaired ability of Sgk1-phosphorylated Af9 to retain the EGFP-Dot1a fusion. As in Figure C, GST-Af9 397–557 was phosphorylated by Sgk1 and incubated with mIMCD3 cell lysates containing EGFP-Dot1a 479–659. Bound proteins were examined by IB with the indicated antibodies ( = 3). () As in , except for inclusion of GST-Af9 Ser435Ala as control, increasing input volumes (μl) of EGFP-Dot1a 479–659 lysate and the indicated antibodies. The same mIMCD3 cell lysates (3 μl) were loaded in the far right lane. The amount of bound EGFP-Dot1a 479–659 was normalized to that of total GST-Af9 fusions to calculate the relative binding efficiency and were plotted, with the efficiency of the reaction GST-Af9 397–557, –Sgk1, at 100 μl of input lysate assigned as 1 ( = 3). * < 0.05 versus corresponding GST-Af9 397–557, –Sgk1.