Autoimmune diseases are often precipitated by viral infections. Yet our current understanding fails to explain how viruses trigger organ-specific autoimmunity despite thymic tolerance extending to many nonlymphohematopoietic self antigens. Additionally, a key epidemiological finding needs to be explained: In genetically susceptible individuals, early childhood infections seem to predispose them to multiple sclerosis (MS) or type 1 diabetes years or even decades before clinical onset. In the present work, we show that the innate immune system of neonatal mice was sufficient to eliminate an attenuated lymphocytic choriomeningitis virus (LCMV) from most tissues except for the CNS, where the virus persisted in neurons (predisposing virus). Virus-specific cytotoxic T cells (CTLs) were neither deleted nor sufficiently primed to cause disease, but they were efficiently triggered in adulthood upon WT LCMV infection (precipitating virus). This defined sequence of viral infections caused severe CNS inflammation that was histomorphologically reminiscent of rasmussen encephalitis, a fatal human autoimmune disease. Yet disease in mice was mediated by antiviral CTLs targeting an epitope shared by the precipitating virus and the predisposing virus persisting in neurons (déjà vu). Thus the concept of “viral déjà vu” demonstrates how 2 related but independently encountered viral infections can cause organ-specific immune disease without molecular mimicry of self and without breaking self tolerance. 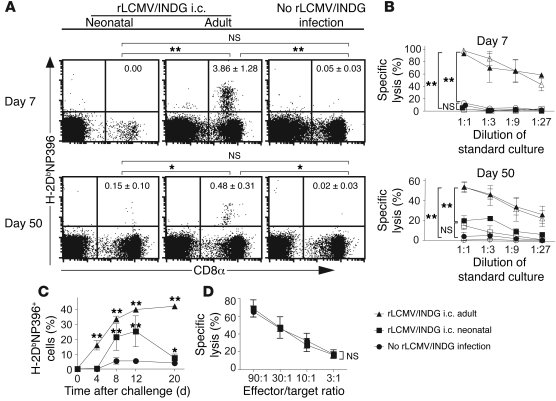