Drusen are extracellular deposits that lie beneath the retinal pigment epithelium (RPE) and are the earliest signs of age-related macular degeneration (AMD). Recent proteome analysis demonstrated that amyloid β (Aβ) deposition was specific to drusen from eyes with AMD. To work toward a molecular understanding of the development of AMD from drusen, we investigated the effect of Aβ on cultured human RPE cells as well as ocular findings in neprilysin gene–disrupted mice, which leads to an increased deposition Aβ. The results showed that Aβ treatment induced a marked increase in VEGF as well as a marked decrease in pigment epithelium-derived factor (PEDF). Conditioned media from Aβ-exposed RPE cells caused a dramatic increase in tubular formation by human umbilical vein endothelial cells. Light microscopy of senescent neprilysin gene–disrupted mice showed an increased number of degenerated RPE cells with vacuoles. Electron microscopy revealed basal laminar and linear deposits beneath the RPE layer, but we did not observe choroidal neovascularization (CNV). The present study demonstrates that Aβ accumulation affects the balance between VEGF and PEDF in the RPE, and an accumulation of Aβ reproduces features characteristic of human AMD, such as RPE atrophy and basal deposit formation. Some other factors, such as breakdown of integrity of Bruch membrane, might be necessary to induce CNV of AMD. 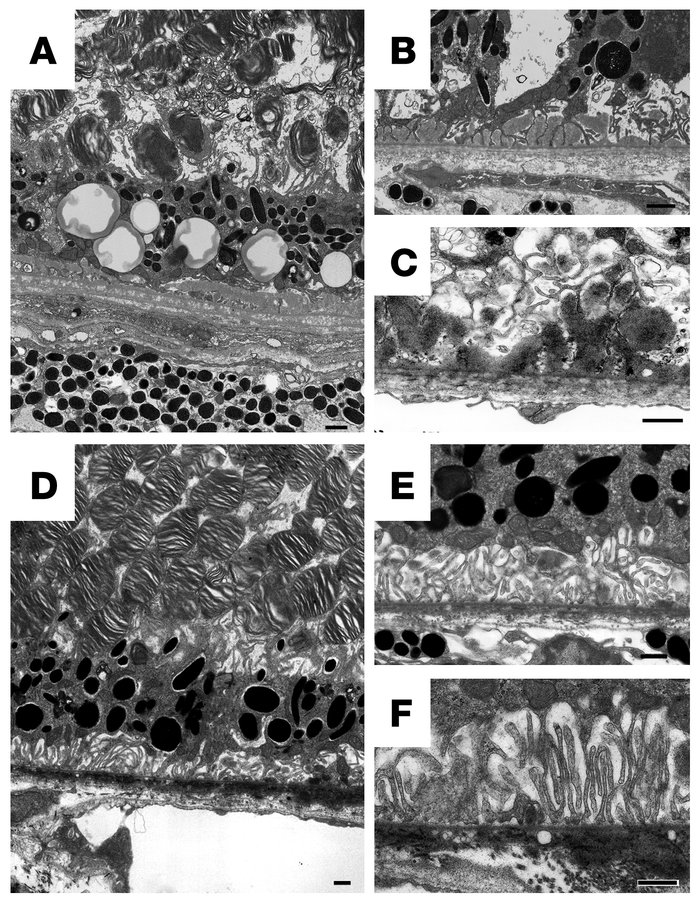