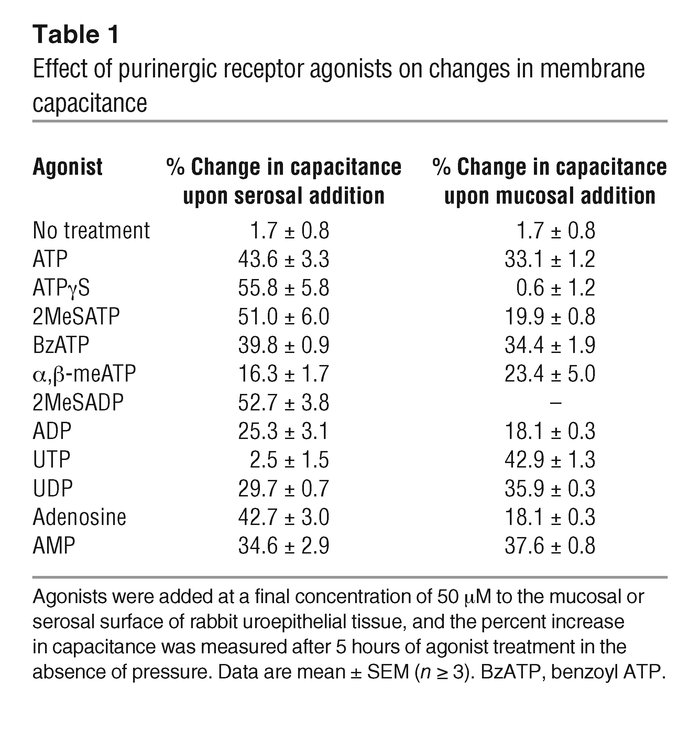 Effect of purinergic receptor agonists on changes in membrane capacitance