Major barriers separating the blood from tissue compartments in the body are composed of endothelial cells. Interaction of bacteria with such barriers defines the course of invasive infections, and meningitis has served as a model system to study endothelial cell injury. Here we report the impressive ability of Streptococcus pneumoniae, clinically one of the most important pathogens, to induce 2 morphologically distinct forms of programmed cell death (PCD) in brain-derived endothelial cells. Pneumococci and the major cytotoxins H202 and pneumolysin induce apoptosis-like PCD independent of TLR2 and TLR4. On the other hand, pneumococcal cell wall, a major proinflammatory component, causes caspase-driven classical apoptosis that is mediated through TLR2. These findings broaden the scope of bacterial-induced PCD, link these effects to innate immune TLRs, and provide insight into the acute and persistent phases of damage during meningitis. 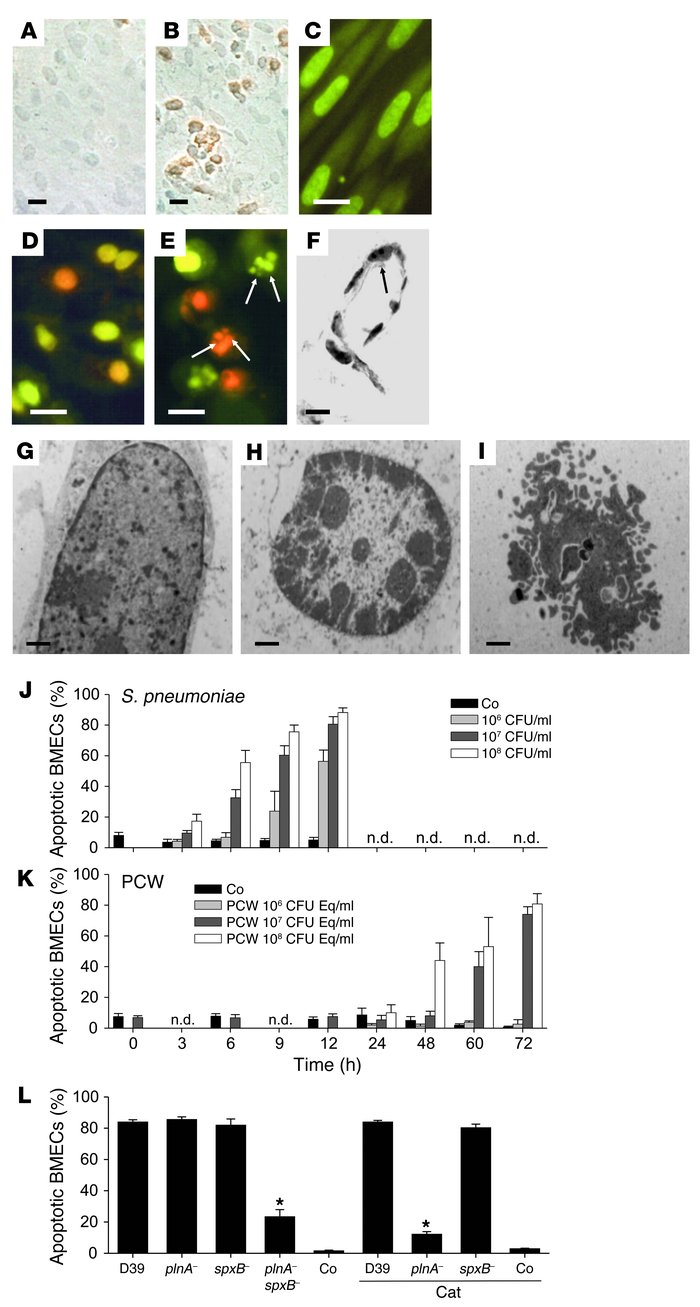