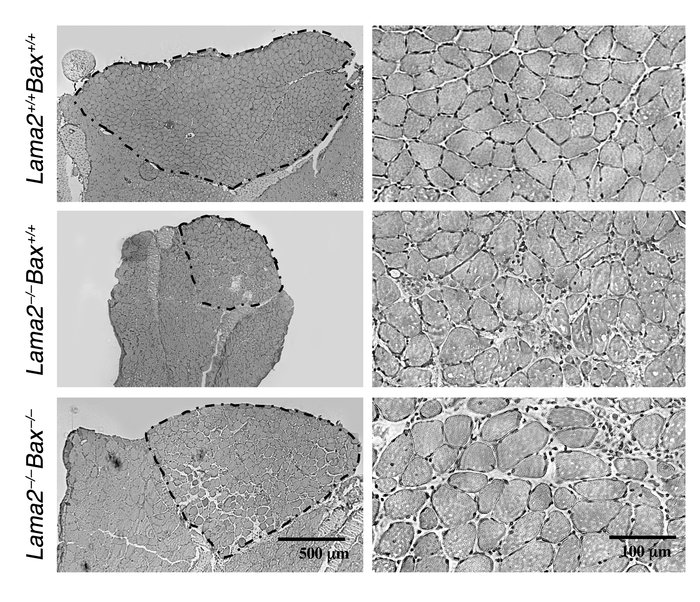 Inactivation of Bax improved soleus muscle histology. Frozen sections were prepared from the leg muscles of 7-week-old mice of different genotypes, including wild-type mice (, top row), laminin-α2_deficient mice with normal Bax (, central row), and laminin-α2_deficient mice with no Bax (, bottom row) as indicated. After staining with H&E, sections were examined at low (left column) and high (right column) magnification. In the left column, the soleus muscles are outlined to show that inactivation of Bax increased the overall size of the soleus muscle, and the right column shows that inactivation of Bax also increased the cross-sectional areas of myofibers in soleus muscle (see text and Figure for quantitative measurements). Irrespective of genotype, soleus muscles had about the same number of mononucleate cells and myofibers with central nuclei. Scale bars: left column, 500 μm; right column, 100 μm.