How Tregs migrate to GCs, and whether they regulate the helper activity of the T cells in GCs (GC-Th cells) remains poorly understood. We found a T cell subset in human tonsils that displays potent suppressive activities toward GC-Th cell–dependent B cell responses. These Tregs with the surface phenotype of CD4+CD25+CD69– migrate well to CCL19, a chemokine expressed in the T cell zone, but poorly to CXCL13, a chemokine expressed in the B cell zone. This migration toward the T cell–rich zone rapidly changes to trafficking toward B cell follicles upon T cell activation. This change in chemotactic behavior upon activation of T cells is consistent with their switch in the expression of the 2 chemokine receptors CXCR5 and CCR7. CD4+CD25+CD69– Tregs suppress GC-Th cells and GC-Th cell–induced B cell responses such as Ig production, survival, and expression of activation-induced cytosine deaminase. Our results have identified a subset of Tregs that is physiologically relevant to GC-Th cell–dependent B cell responses and a potential regulation mechanism for the trafficking of these Tregs to GCs. 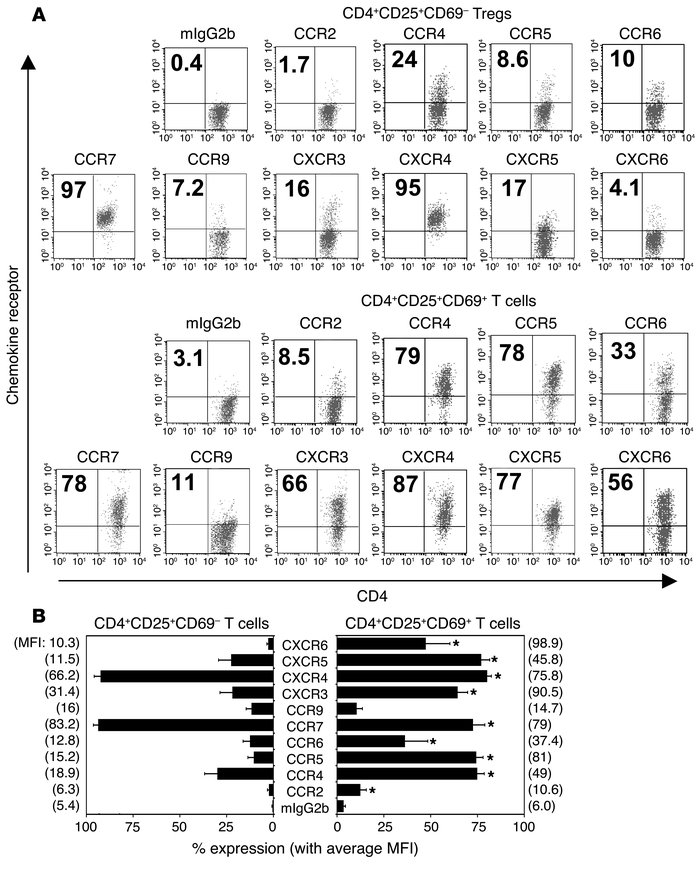