Peroxisome proliferator–activated receptor γ (PPARγ), the molecular target of a class of insulin sensitizers, regulates adipocyte differentiation and lipid metabolism. A dominant negative P467L mutation in the ligand-binding domain of PPARγ in humans is associated with severe insulin resistance and hypertension. Homozygous mice with the equivalent P465L mutation die in utero. Heterozygous mice grow normally and have normal total adipose tissue weight. However, they have reduced interscapular brown adipose tissue and intra-abdominal fat mass, and increased extra-abdominal subcutaneous fat, compared with wild-type mice. They have normal plasma glucose levels and insulin sensitivity, and increased glucose tolerance. However, during high-fat feeding, their plasma insulin levels are mildly elevated in association with a significant increase in pancreatic islet mass. They are hypertensive, and expression of the angiotensinogen gene is increased in their subcutaneous adipose tissues. The effects of P465L on blood pressure, fat distribution, and insulin sensitivity are the same in both male and female mice regardless of diet and age. Thus the P465L mutation alone is sufficient to cause abnormal fat distribution and hypertension but not insulin resistance in mice. These results provide genetic evidence for a critical role for PPARγ in blood pressure regulation that is not dependent on altered insulin sensitivity. 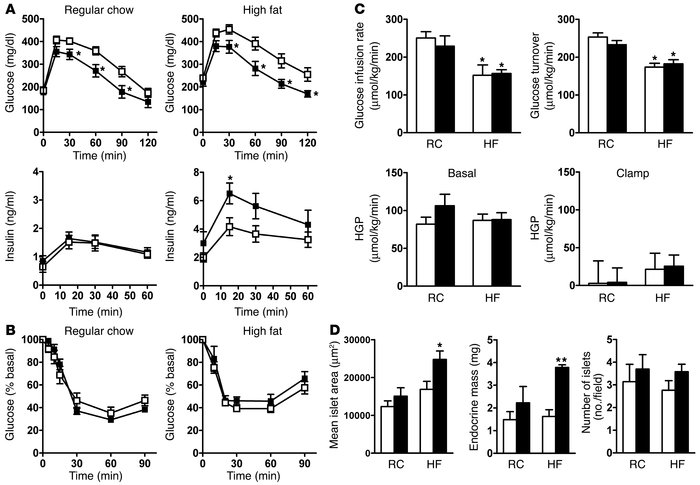