Mice containing a disruption of the Hexb gene have provided a useful model system for the study of the human lysosomal storage disorder known as Sandhoff disease (SD). Hexb–/– mice rapidly develop a progressive neurologic disease of ganglioside GM2 and GA2 storage. Our study revealed that the disease states in this model are associated with the appearance of antiganglioside autoantibodies. Both elevation of serum antiganglioside autoantibodies and IgG deposition to CNS neurons were found in the advanced stages of the disease in Hexb–/– mice; serum transfer from these mice showed IgG binding to neurons. To determine the role of these autoantibodies, the Fc receptor γ gene (FcRγ) was additionally disrupted in Hexb–/– mice, as it plays a key role in immune complex–mediated autoimmune diseases. Clinical symptoms were improved and life spans were extended in the Hexb–/–FcRγ–/– mice; the number of apoptotic cells was also decreased. The level of ganglioside accumulation, however, did not change. IgG deposition was also confirmed in the brain of an autopsied SD patient. Taken together, these findings suggest that the production of autoantibodies plays an important role in the pathogenesis of neuropathy in SD and therefore provides a target for novel therapies. 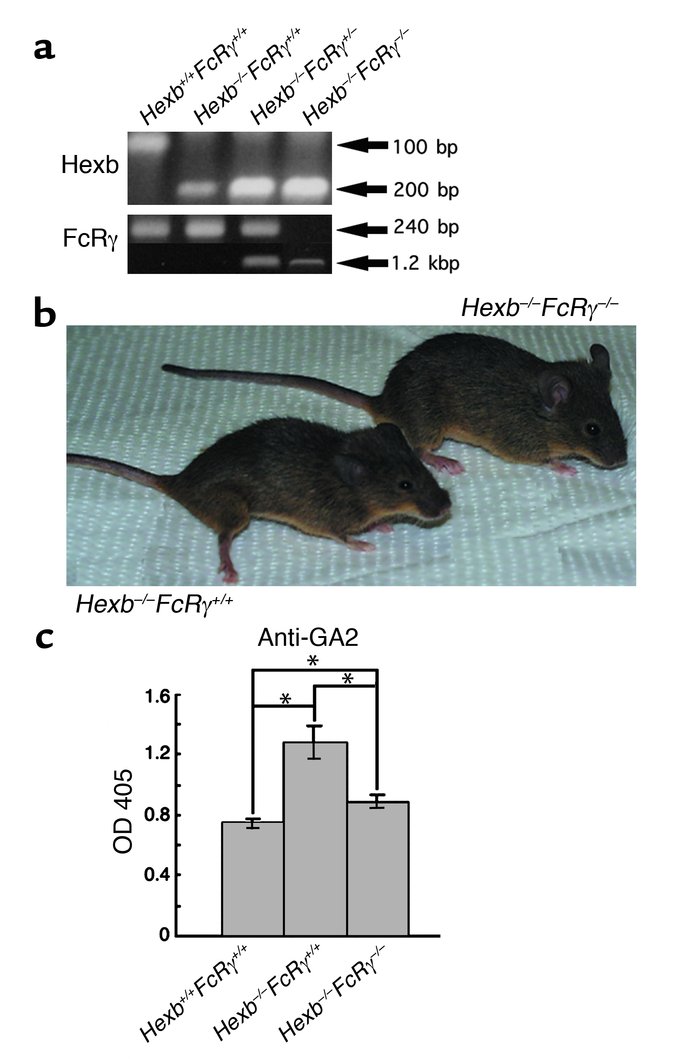