Immunization of newborns against viral infections may be hampered by ineffective CD8+ T cell responses. To characterize the function of CD8+ T lymphocytes in early life, we studied newborns with congenital human cytomegalovirus (HCMV) infection. We demonstrate that HCMV infection in utero leads to the expansion and the differentiation of mature HCMV-specific CD8+ T cells, which have similar characteristics to those detected in adults. High frequencies of HCMV-specific CD8+ T cells were detected by ex vivo tetramer staining as early as after 28 weeks of gestation. During the acute phase of infection, these cells had an early differentiation phenotype (CD28–CD27+CD45RO+, perforinlow), and they acquired a late differentiation phenotype (CD28–CD27-CD45RA+, perforinhigh) during the course of the infection. The differentiated cells showed potent perforin-dependent cytolytic activity and produced antiviral cytokines. The finding of a mature and functional CD8+ T cell response to HCMV suggests that the machinery required to prime such responses is in place during fetal life and could be used to immunize newborns against viral pathogens. 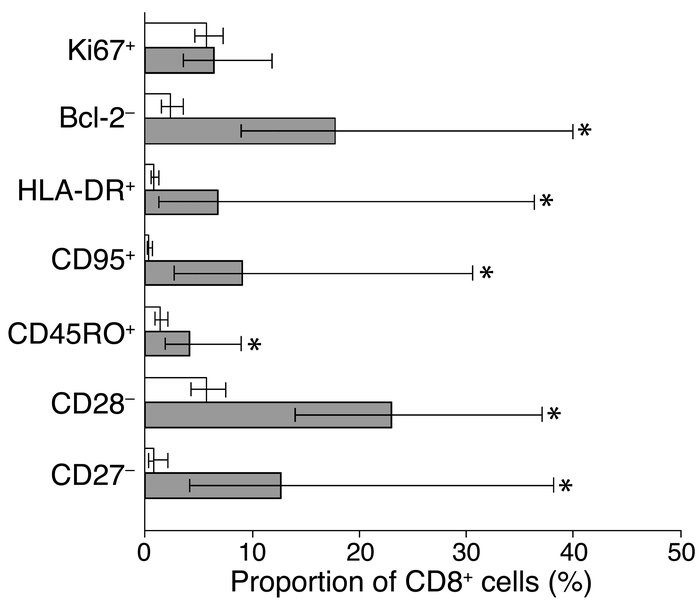